TV chef personality Rachael Ray is dealing with a flooded apartment just a year after her home in upstate New York went up in flames during a house fire.

The New York City apartment she shares with her husband John Cusimano got ruined during the heavy rainfall from Hurricane Ida, which killed 46 people in the Northeast, Ray told People in an exclusive interview published Wednesday.

“Ida took it out. And I mean, out. Down hard,” Ray told the magazine. “Like, literally every speaker in the ceiling, the fireplace, every seam in the wall… It was like the apartment just literally melted, like in ‘Wicked’ or something.”

The 53-year-old chef claimed that the flooding took place right after they finished renovating their apartment. Although they had to wait a week for the remediation team to arrive to their home, it caused more damage.

“They put up their fans and their humidifiers. And then, they make a hole in the wall and break the main water pipe and flood the entire building down to the first floor, from our apartment on the sixth floor.” Ray explained. “Tell me you would not feel like a kicked can.”

USA TODAY reached out to Ray’s representative for further information.

Last August, Ray’s home in Lake Luzerne, New York was engulfed in flames after a chimney fire. Ray spoke out about the devastating loss of her 15-year-old home on her television show.

‘I heard the fire in the walls’:Rachael Ray describes devastating house fire

“I heard the fire in the walls,” she said during her Season 15 premiere. “It was blood-curdling and chilling from head to toe. I turn to leave and there was a first responder right in front of me, (saying), ‘Get out, get out now. You have to go.’ “

More:Rachael Ray ‘grateful for what we have’ after fire rips through her home; kitchen spared

Ray had been filming episodes of the “Rachael Ray Show” in the home kitchen during the COVID-19 pandemic, preparing food alongside her husband (and an at-home camera man).

She told People that she is still “grateful.” 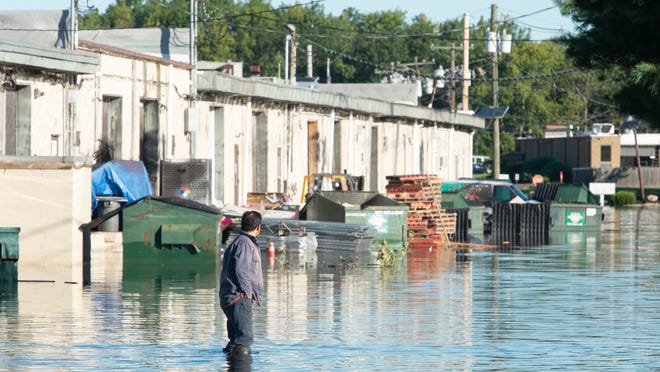 Previous articlePiers Morgan Publicly Slammed For ripping up a cereal Box by wife Celia Walden!
Next articleMistakes You Didn’t Know You Were Making With Medication