On the eve of the 70th anniversary of her accession to the British throne, Queen Elizabeth II issued a message of gratitude to her people and to her family, and said for the first time that her “sincere wish” is that Duchess Camilla of Cornwall will be known as “Queen Consort” when Prince Charles succeeds her.

“And when, in the fullness of time, my son Charles becomes King, I know you will give him and his wife Camilla the same support that you have given me; and it is my sincere wish that, when that time comes, Camilla will be known as Queen Consort as she continues her own loyal service,” her message read, according to the statement issued by Buckingham Palace Saturday evening.

The news immediately rocketed around the United Kingdom, almost overshadowing the moving message she issued, reiterating her 1947 vow at age 21 to devote herself to her people.

By backing Queen Camilla, the monarch ensured she had a significant role in shaping the future of the monarchy and a smooth transition once she’s gone.

“This is the most extraordinary message. The queen is ensuring the transition, when it comes, to her son as king is as seamless and trouble-free as possible,’’ former BBC royal correspondent Peter Hunt told the Press Association. “She’s future-proofing an institution she’s served for 70 years. And for Camilla, the journey from being the third person in a marriage to queen-in-waiting is complete.”

Her decision provided some finality to the long-outstanding question of what to call the former Camilla Parker Bowles, once so despised as the woman who allegedly broke up Charles’ marriage to the late Princess Diana that she used the Duchess of Cornwall title instead of Princess of Wales.

When Charles, 73, and Camilla, 74, married in 2005, the palace announced she would one day be known as “Princess Consort,” even though under British law and custom the wife of a king is known as Queen Consort. That decision was considered necessary while public anger about Diana, who died in 1997, prevailed.

But much of that antipathy to Camilla has waned as she carried out her duties as the wife of the Prince of Wales with grace, dignity and a lively sense of humor. Charles has been hinting ever since they married that he wishes her to be known as Queen Consort.

He had reason to be hopeful when on Jan. 1, the queen announced that she had appointed Camilla to the Order of the Garter, the oldest and most prestigious of the chivalric orders.

Now it’s been sorted because the queen has spoken. It will be difficult for even the most partisan Diana fans to overcome that.

Clarence House, where Charles and Camilla are based, issued a statement later Saturday saying the prince and the duchess were touched and honored by Her Majesty’s words.

The queen became Elizabeth R upon the sudden death of her father, King George VI, on Feb. 6, 1952, when he was 56. She was just 25. Accession Day for her carries mixed memories.

“It is a day that, even after 70 years, I still remember as much for the death of my father, King George VI, as for the start of my reign,” the message said.

At 95, she has achieved a singular standing as the longest serving English or British monarch in history, exceeded by only two other European monarchs in history (including Louis XIV of France, who was king for 72 years). Now the U.K. and the Commonwealth are getting ready for a four-day Platinum Jubilee to begin June 2, when the weather is (usually) better.

The queen has let it be known that she will never voluntarily abdicate, as some European monarchs have done, as long as she is able. On Saturday she was photographed for the first time in months while hosting a reception at Sandringham to mark the start of the Platinum Jubilee.

“As we mark this anniversary, it gives me pleasure to renew to you the pledge I gave in 1947 that my life will always be devoted to your service,” she said, referring to the radio broadcast she gave on her 21st birthday from South Africa in which she promised her devotion for life, “whether it be long or short.” 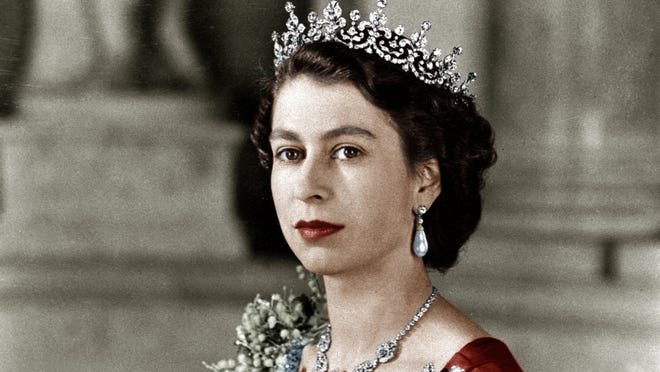 She said she looked forward to “continuing to serve you with all my heart,” and that she looks ahead with “a sense of hope and optimism” for this year. “I am reminded of how much we can be thankful for.”

She said she was fortunate to have the “steadfast and loving support of my family,” and specifically called out her husband of 73 years, Prince Philip, who died in April 2021, at age 99.

“I was blessed that in Prince Philip I had a partner willing to carry out the role of consort and unselfishly make the sacrifices that go with it. It is a role I saw my own mother perform during my father’s reign,” she said, referring to Queen Elizabeth the Queen Mother, who died in 2002.

“This anniversary also affords me a time to reflect on the goodwill shown to me by people of all nationalities, faiths and ages in this country and around the world over these years. I would like to express my thanks to you all for your support. I remain eternally grateful for, and humbled by, the loyalty and affection that you continue to give me,” she said.

After the difficulties of the pandemic, she said she hoped the jubilee celebrations would bring people together to “reflect on the positive developments in our day-to-day lives that have so happily coincided with my reign.”

She signed her message, “Your Servant,” and ELIZABETH R 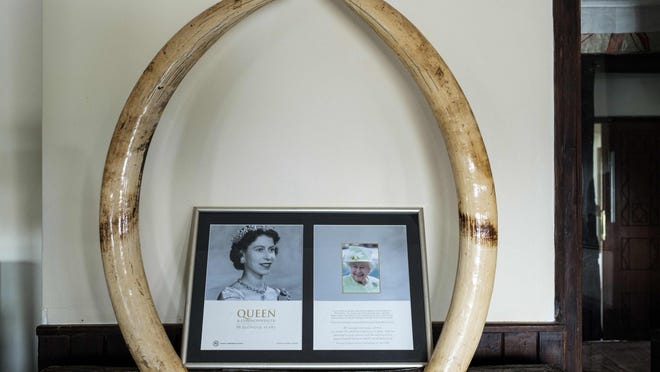