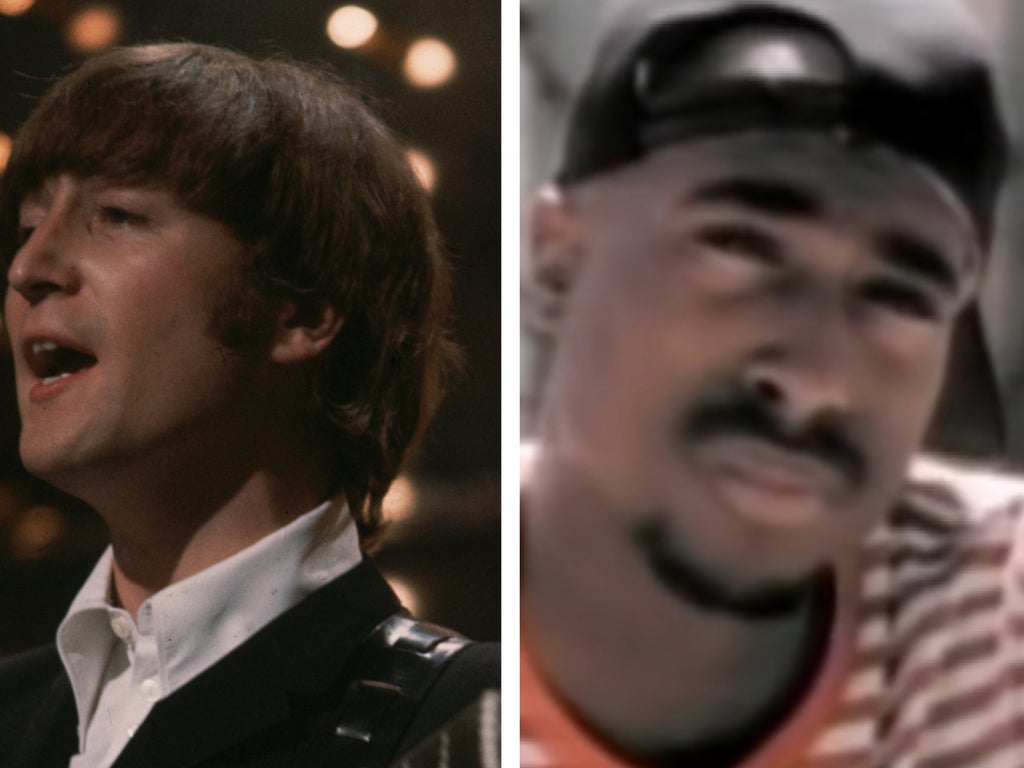 QAnon supporters are gathering in Arizona before former President Donald Trump’s campaign rally on Saturday – and some of them believe John Lennon and Tupac are going to team up on stage.

Trump is claiming that the rally is an “unprecedented effort to advance the MAGA agenda by energizing voters and highlighting America First candidates and causes.”

Arizona state Rep. Mark Finchem, who is running for Secretary of State, will address the audience as a special guest speaker.

A report from VICE says that Finchem has “repeatedly shared QAnon conspiracies on social media and on QAnon-friendly podcasts and media platforms, and last year he headlined a major QAnon conference in Las Vegas.”

Accompanying Finchem on stage will be Mike Lindell, a staunch conspiracy theorist and founder of MyPillow.

“[Lindell] is so deeply enmeshed with the QAnon community at this point that it’s hard to separate his personal conspiracy theories about stolen elections from those spread by QAnon.”

But the one guest that will be in the crowd and has one of the most outrageous ideas about the entertainment for the rally is Michael Prontzman.

He spent months in Dallas waiting for John F.Kennedy and his son JFK Jr to return.

Fellow supporters of Prontzman also have musical artists in mind who have passed away that they believe will be a part of the “live entertainment”.

”Some of Protzman’s supporters have also spotted that Trump’s official announcement mentions ‘live entertainment’ as part of the rally, and suggested that this will involve a band made up entirely of dead musicians and singers, including Michael Jackson, Prince, Whitney Houston, Janis Joplin, Tupac, and John Lennon,” VICE said.

The report also said that this prediction follows in the footsteps of his original claim when he and his group went to Rolling Stones concert in Dallas, “the band members were replaced by Jackson, Prince, and JFK Jr., with Aaliyah providing backup vocals.”

Protzman had an audio chat on Tuesday with “over 1,000 people listening” as he claimed President Joe Biden was never inaugurated, lived, or worked in the White House “but rather is actually part of a movie being filmed on a set in Culver City, California.”

Elsewhere, Kari Lake, the Arizona candidate for governor, is also slated to speak. She was also spotted dining with Ron Watkins, according to a screengrab from Raw Story.

Many people also believe that Watkins is “Q” in the conspiracy theory. He is running for Congress and his father, Jim Watkins, posted a video to share his excitement for the upcoming rally.

Jim is the owner of 8kun, a message board that allowed QAnon to become the mainstream conspiracy theory it is today.

Novak Djokovic is Deported and Misses the Australian Open Tournament

Every Horror Movie Reference in The New Sequel

Novak Djokovic is Deported and Misses the Australian Open Tournament

Every Horror Movie Reference in The New Sequel