Pusha T is “loving it” yet again. But this time he’s changed teams for a brand-new jingle — from McDonald’s to Arby’s.

The rapper, who lays claim to having created the world-famous “I’m Loving It” jingle many years ago for McDonald’s — for relative peanuts — has dropped a diss track that doubles as an advertisement for Arby’s.

You can watch “Spicy Fish Diss Track” in full above. And don’t worry, the edit is safe to watch at work. 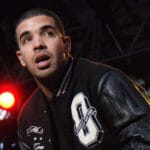 In it, Pusha T serves up a beef between Arby’s fish sandwiches and the legendary McDonald’s Filet-O-Fish.

“Filet-O-Fish is ***/And you should be disgusted,” he says, in lyrics that are subtitled on screen. “A little cube of fish from a clown is basic.”

In an interview published by Rolling Stone regarding the track, which includes the full audio, Pusha T reiterated his claim to “I’m Lovin’ It” fame, saying he was “solely responsible for the ‘I’m Lovin’ It’ swag and the jingle of that company.” He added: “I did it at a very young age at a very young time in my career where I wasn’t asking for as much money and ownership. It’s something that’s always dug at me later in life like, ‘Damnit, I was a part of this and I should have more stake.’ It was like half a million or a million dollars for me and my brother [No Malice of Clipse] – but that’s peanuts for as long as that’s been running. I had to get that energy off me, and this [ad] was the perfect way to get that energy like, ‘You know what? I’m over it.’”

“We had a good time, but I’m over it,” Pusha T said. “I’m the first-ever fish sandwich diss ever, and I should go down in history for that.”

Previous article
What to Watch For on Day 2 of Jackson’s Confirmation Hearing
Next article
Sophia Bush Ready to Move On from Past TV Shows’ ‘Unpleasantries.