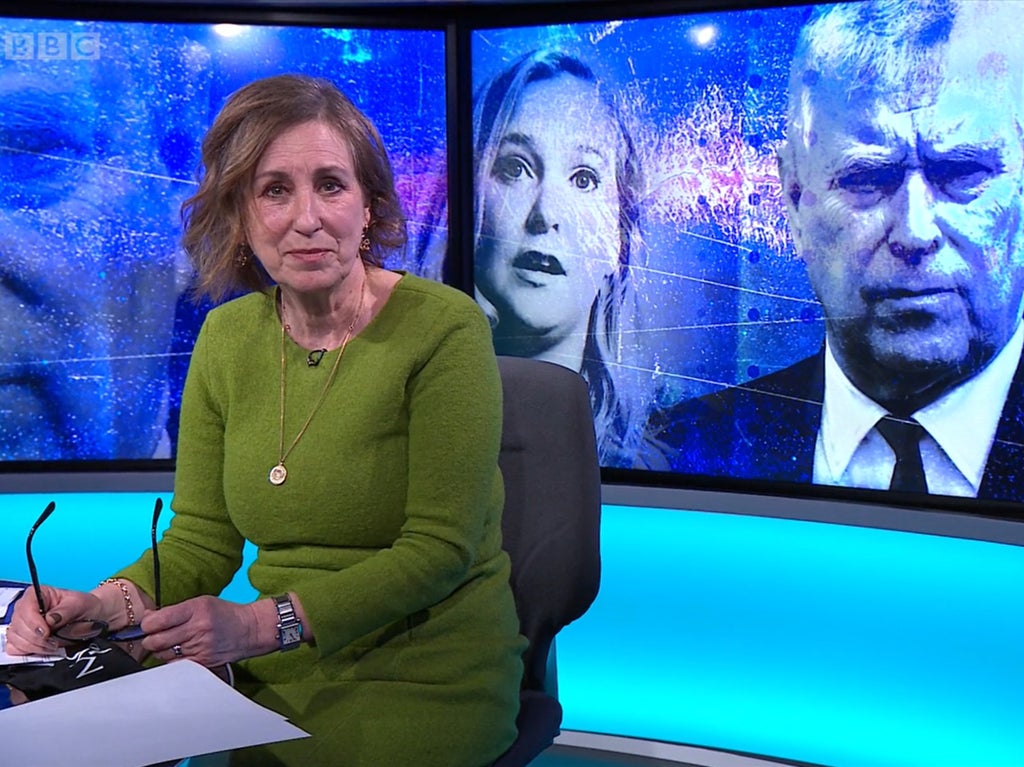 Introducing the segments that will feature in the show at the beginning of last night’s broadcast, presenter Kirsty Wark mixed up the brothers’ names.

Over footage of Prince Andrew walking alongside journalist Emily Maitlis, Wark said: “The Prince Charles sexual assault case can now go ahead, says the judge. But will the public humiliation force him to settle out of court?”

Later in the programme, Wark corrected herself and apologised for the mistake.

But not before keen-eared Twitter users commented on the blunder on social media.

Giuffre is suing the Queen’s son for allegedly sexually assaulting her when she was 17 and a minor under US law. Prince Andrew has denied all the allegations.

Although his lawyers argued the civil case should be “dismissed” due to a confidential settlement in 2009 between Giuffree and sex offender Jeffrey Epstein, Judge Lewis A Kaplan said the agreement “cannot be said” to stop the lawsuit.

The judge’s ruling was welcomed by Giuffre. In a statement her attorney, David Boise said: “Virginia Giuffre is, of course, pleased that Prince Andrew’s motion to dismiss has been denied, and that evidence will now be taken concerning her claims against him.

“She looks forward to a judicial determination of the merits of those claims.”

Buckingham Palace refused to comment when approached by The Independent yesterday.

A Palace spokesperson told the news website: “We would not comment on what is an ongoing legal matter.’’

Prince Andrew previously appeared on Newsnight during a now-viral interview conducted by Emily Maitlis. During the interview, he made claims over his supposed inability to sweat and his alleged visit to a Pizza Express in Woking.

Reflecting on the 2019 interview in a recent BBC column, Maitlis said the questions she posed to Prince Andrew were “almost too surreal to ask”, and said the directness of her questions makes her “catch [her] breath” when she listens back to them today.

For live updates on the hearing as it happens, follow The Independent’s live blog.

Previous articleCastle With Trapdoors & Hidden Passageways for Sale at $2.3 Million
Next articleNASA Labels Massive Asteroid to Pass Earth Next Week as ‘Potentially Dangerous’