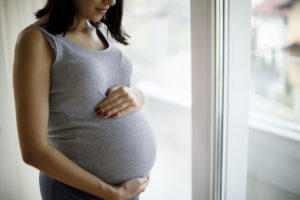 It is the most common over-the-counter pill taken by pregnant women.Taking paracetamol in pregnancy can damage a baby’s development in the womb, according to new research.

Paracetamol may cause neurodevelopmental problems in the child, such as ADHD (attention deficit hyperactive disorder), and autism.

Scientists warn that there are other potential risks, such as a lower IQ or infertility.

Mothers-to-be should limit their use of the drug to the absolute minimum and for as short a time as possible.

A team of international researchers reviewed 26 years’ worth of studies on human, animal, and cell line cells.

It is the most common over-the-counter pill taken by pregnant women. It can be used to alleviate pain and fever in as many as two-thirds of the population.

Risks can include low IQ and autism 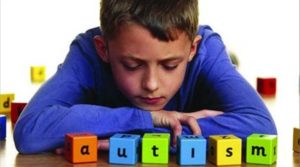 But it disrupts hormones by working in a similar way to controversial chemicals called phthalates – used to make plastic soft and flexible.

Co-author Professor Shanna Swan, of Icahn School of Medicine at Mount Sinai, New York, said: “It lowers testosterone. It should be regarded as an endocrine-disrupting chemical.”

The hormone is key to healthy male reproduction. A study showed that women who used paracetamol had a higher chance of having boys with undescended testes, which could increase the likelihood of future problems.

The NHS recommends that the drug be avoided during pregnancy and should not be used longer than necessary.

Anyone who requires long-term care must consult a doctor.

The NHS says the drug should be taken only if necessary in pregnancy.

The UK watchdog, the Medicines and Healthcare Products Regulatory Agency, says paracetamol is one of the few painkillers generally considered safe if expectant mothers need to take it.

Prof Swan said: “There is now a significant body of evidence that suggests paracetamol disrupts the reproductive development of animals and humans, decreasing sperm count and fertility.

“It is similar in action to a class of chemicals called phthalates – sharing many of the same properties.”

It is considered the safest analgesic for pregnant women and children but mounting evidence has linked prenatal exposure to poorer cognitive performance and behavioral problems.

Co-author Dr. Ann Bauer, of the University of Massachusetts Lowell, said: “Paracetamol during pregnancy can increase the likelihood of neurodevelopmental disorders in the child.

Baby-names are predicted to be huge in 2022 – from nonbinary monikers to Bridgerton classics.

“This is particularly concerning because a large number of pregnant women take paracetamol – up to 65 percent in the United States.

“Even a small increase in risk could translate into a large number of affected children.

“We ask for new safety assessments to be conducted by government agencies and gynecological groups regarding the neurological effects of paracetamol.”

In a consensus statement in Nature Reviews Endocrinology, the researcher’s women should be counseled early on in the pregnancy to forego paracetamol unless medically indicated.

Added Prof Kristensen: “Their doctors should inform women about the possible risks.

“They should use the lowest dose possible for the shortest time during their pregnancy.”

‘WWE SmackDown’, The Grinch Tie For The Top In Demos

The Truth About The Royal Family’s Secret Social Media Accounts

Previous articleAfter a DNA test was performed behind his back, his dad denied his parents see his son.
Next article90 Day Fiance Corey Rathgeber Defends His Wife Evelin Villegas’ Ever-Changing Looks

‘WWE SmackDown’, The Grinch Tie For The Top In Demos

The Truth About The Royal Family’s Secret Social Media Accounts