“I think it’s absolutely disgusting, and shame on Kerry Kennedy for besmirching the name and memory of her father in this way,”Morgan spoke during an appearance “Fox & Friends”Monday morning “The idea that these two little grifters, who quit royal duty, quit Britain, went and set themselves up in a mansion in California and have exploited and fleeced their royal titles for hundreds of millions of dollars that go straight in their back pocket, the idea they’re being lauded as some kind of heroes in America by your own sort of royal family, if you like – the Kennedys – it really sticks in my gullet and I think they should rethink this.”

Morgan said that it “epitomizes the malaise of modern celebrity when you have two people who have gone out of their way to trash their families on national television.”

“Harry has his book coming out where he’s going to do it all over again to his father who is now the King, who is still mourning, of course, the death of his mother. You got Meghan Markle, who is sort of a two-bit mediocre actress who married into a family, took our favorite prince, took him to America, and is now spending her entire time trying to attack the monarchy,” Morgan continued. “And I’m sorry, but as a monarchist and as somebody who loves this country, I think it’s completely outrageous that they are now being given the cloak of honor and prestige and branded heroes by a Kennedy. Honestly, words fail me.” 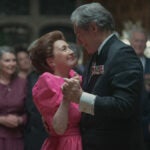 During an interview with Oprah Winfrey, the couple claimed that racism in the British press and institution was one of the main reasons they left royal life.

Markle, who is bi-racial, claimed that there are “concerns and conversations” among the royal family about the potential skin color of her and Harry’s son Archie during her pregnancy. Winfrey later claimed that Harry told her it wasn’t Prince Philip or the Queen, but the couple did not name the people involved.

Buckingham Palace replied that the royal family was not being addressed. “saddened to learn the full extent of how challenging the last few years have been for Harry and Meghan.”

“The issues raised, particularly that of race, are concerning,”The statement went on. “While some recollections may vary, they are taken very seriously and will be addressed by the family privately. Harry, Meghan and Archie will always be much-loved family members.” 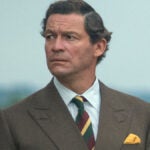 “They went to the oldest institution in U.K. history and told them what they were doing wrong, that they couldn’t have structural racism within the institution; that they could not maintain a misunderstanding about mental health,”She elaborated. “They knew that if they did this there would be consequences, that they would be ostracized, they would lose their family, their position within this structure, and that people would blame them for it. They have done it anyway because they believed they couldn’t live with themselves if they didn’t question this authority. I think they have been heroic in taking this step.”

Since nearly 50 years, Ripple Of Hope has been awarded to leaders in government, business and advocacy who have shown extraordinary leadership. “an unwavering commitment to social change and worked to protect and advance equity, justice, and human rights.”

The Ripple Of Hope Gala Gala will be held in New York on December 6, 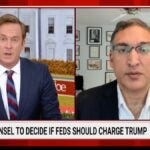