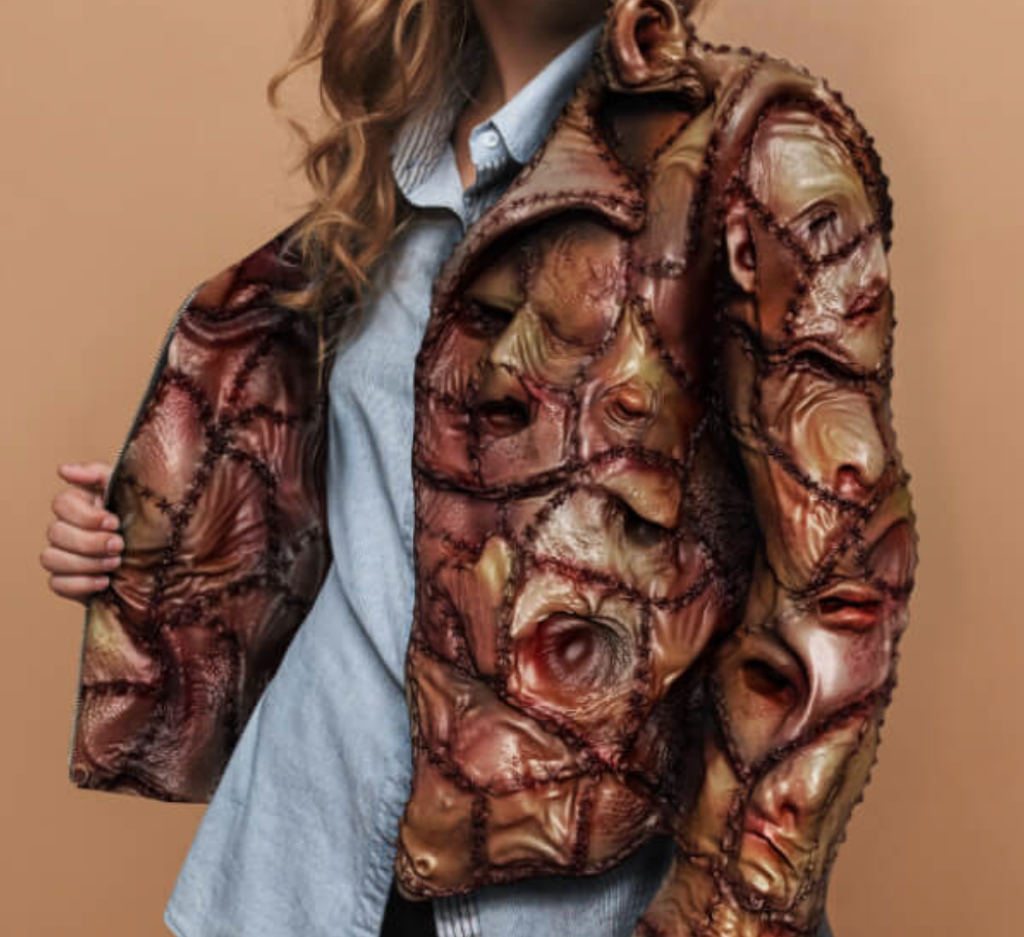 PETA is no stranger to controversial campaigns but their latest launch seems to have shocked everyone anyway.

PETA, which stands for People for the Ethical Treatment of Animals, recently took aim at fashion stores such as Urban Outfitters, Anthropologie, and Free People with the launch of their own shop, Urban Outraged.

The store features items that are said to have been crafted from “human parts.” When you enter the site you stumble across a number of clothing and accessories that’s described as being made out of “the finest leather.”

When you take a closer look, however, the images are all the more gruesome and spine chilling. Some of the attire reveals human faces on jackets and the shoes feature human teeth. There’s even what resembles human blood oozing from some of the bags.

According to a press release, the campaign is intended to be reminiscent of Buffalo Bill’s human suit from 1991’s “The Silence of the Lambs.” PETA is using the campaign to highlight and put pressure on what retailers they believe “continue to peddle clothing made of animal leathers and furs.”

One of the Urban Outraged taglines reads “Why aren’t you horrified by what’s already in your closet?”

Another one says, “fashion that dares to ask the question ‘Who are you wearing?’”

Though the shop doesn’t actually have any of these items for sale. Each product comes with its own description of the materials used and even is accompanied by a few reviews.

The items feature the proverbial names of “slaughtered people” whose organs were repurposed to make the goods.

On their website, the fake brand explained the shop, “While Urban Outfitters, Anthropologie, and Free People (all owned by Urban Outfitters, Inc.) don’t actually kidnap, abuse, or kill humans or other animals for their products, they do sell skin and other animal-derived materials from farms and suppliers that exploit and kill animals.”

Adding, “Sheep are often beaten, stomped on, and kicked in the wool industry. Goats exploited for cashmere scream out in pain and terror as workers tear out their hair with sharp metal combs. Later, their throats are slit in slaughterhouses and they’re left to die in agony. And cows are routinely beaten and electroshocked for leather at some of the largest suppliers.”

Well, PETA managed to make a statement once again.

Previous articleRita Moreno’s Own Rape Reminded by ‘West Side Story’ Assault Scene
Next articleIs There a Drago Franchise in The Rocky Franchise? Dolph Lundgren’s Take