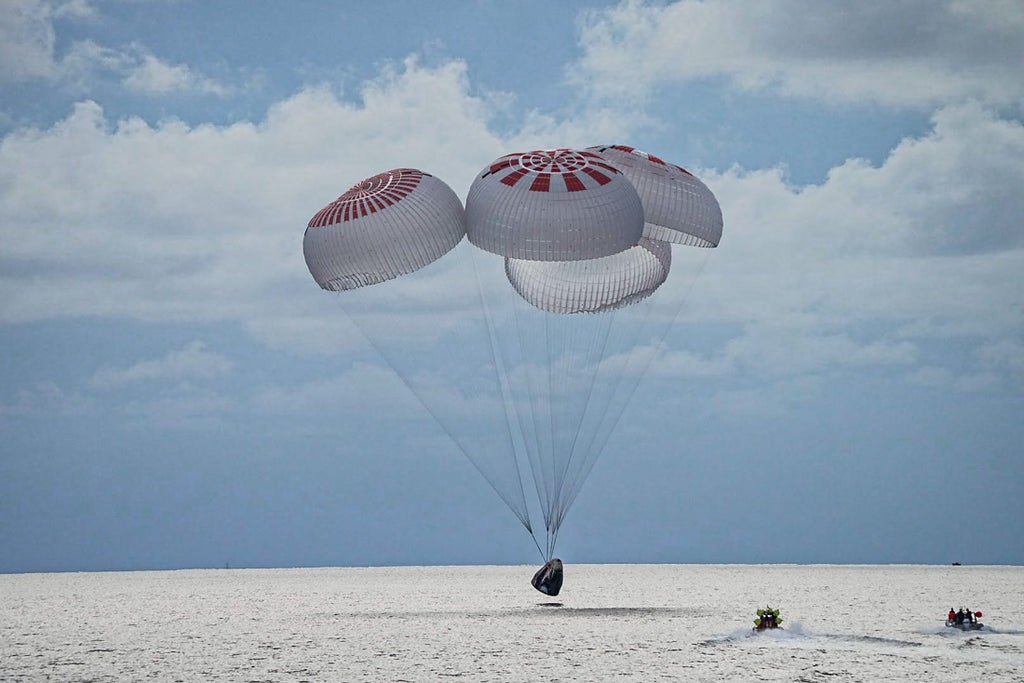 Passengers aboard the world’s first all-civilian space flight have posted spectacular footage of the Earth from their trip.

SpaceX’s Inspiration4 touched back down to Earth safely last week after a three-day mission in space.

The incredible results of the Inspiration4 all-civilian crew have been shared on social media.

Images and footage were captured through the spacecraft’s cupola hatch – a transparent dome that was specifically added in lieu of a docking hatch.

Each crew member could view the Earth and take footage from the hatch, which allowed them to capture the scene from their unique vantage point.

Proctor captured the moment that the hatch was opened and crew members saw the Earth for the first time.

Meanwhile, Isaacman posted footage of the stunning view of Earth which also featured a Xenomorph toy from the film Alien he’d brought on his journey.

Arceneaux posted a 360-degree view of Earth from space and called the experience “absolutely life changing”.