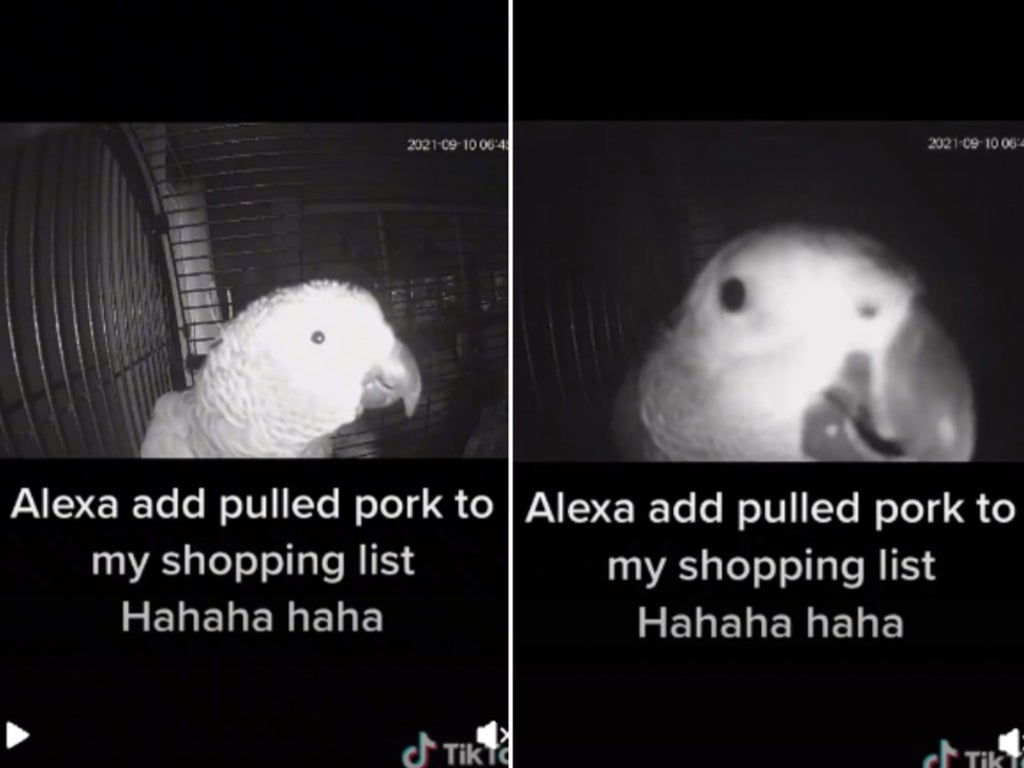 One mischievous parrot decided to make the most out of modern technology by attempting to add an item to his owner’s shopping list.

The TikTok account of Max Franklin, the 21-year-old African Grey (@maxtheafricangrey2000) decided to have some fun with the virtual assistant while his owners were out of earshot.

Footage from his cage showed the parrot in the pitch black as he began to click at the camera, before making his demand to Alexa.

A loud stern voice, which sounded like an older man came from the parrot as he shouted “Alexa” – but it seems he’s not a fan of her as he then proceeds to make farting noise.

Whistling once more, Max then summoned Alexa again, before he told her to “add pulled pork,” to the shopping list.

Fortunately for the African Grey, his owner had already added pulled pork to the list and the virtual assistant informed Max of this.

It seems the response tickled the parrot as Max can then be heard having a chuckle to himself.

Since posting the footage, Max’s sneaky encounter has received a staggering 14.6m, along with 2.6m likes and tens of thousands of comments from people who were left baffled by what they had just witnessed.

Some couldn’t quite believe the raspy stern voice of the parrot – parrots are known for mimicking voices they hear, so chances are Max was impersonating his owner’s voice.

One person wrote: “WHY DOES HE SOUND LIKE A GROWN MAN IM SCARED.”

“Why does he laugh like an old man that smokes,” another person said.

Someone else added: “I’m sorry if I heard that voice in the middle of the night I’d pass away from fear no thanks.”

While other commented on the African Grey’s cunningness.

“He even laughed about doing it!” Another person said.

Someone else added: “We should make birds pay taxes, if they can add pulled pork to shopping lists they can pay taxes.”

It, remains unclear as to whether the pulled pork is a food that Max enjoys or whether he was copying his owner – but considering parrots are not recommended to eat pork more than twice per month due it being high in saturated fat, according to All About Parrots – it’s a good job Alexa didn’t take Max’s additional request for more.

However it’s not the first time Max has had an encounter with Alexa.

In another clip the parrot seems to have some beef with the virtual assistant after commanding it before saying “A**hole” in response.