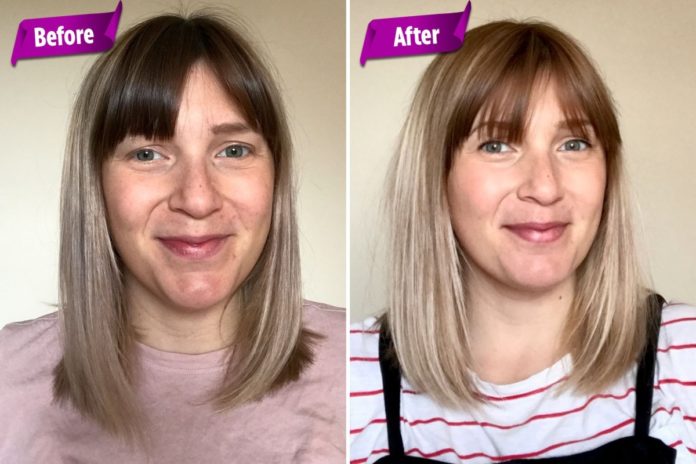 JUST when we thought it had faded away forever, Sun In is back.

The Nineties’ favourite hair lightener Sun-In is back with new copycat products that promise a natural lift and without the signature yellow tone so many of us remember.

TikTok users have helped revive the demand for Sun In with a massive 71.9million views of people using it across the social media site.

The new versions are even better!

She says: “I have bad memories of cheap Sun In-style products that my friends and I used to douse our hair in as teenagers.

“The hope was for beachy blonde highlights — the reality was brassy tones and dry, brittle tresses. Luckily, this one gave far more flattering results.” 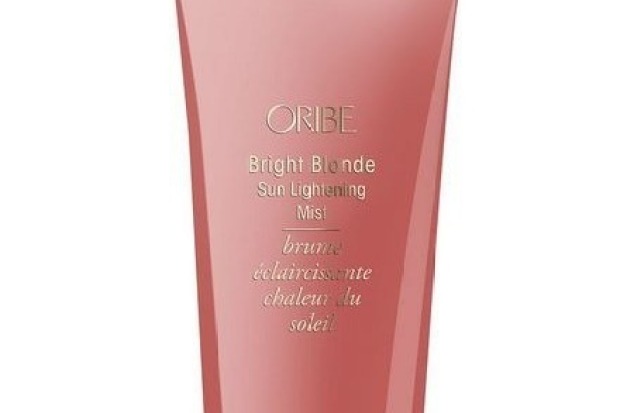 REBECCA Barnes, 42, from Holloway, North London, says: “My interest was piqued when I came across this reformed mist.

“I grew up in the Baywatch era, so rocking sun-kissed Californian streaks was always on my beauty wish list.

“As a natural, medium-toned blonde, I have used Sun In products in the past, but that bright yellow spray often made your hair the same hue.

“Ditching the bottle, I’ve always relied on £150 cut and dyes with my trusted colourist — setting me back £600 a year. Although this product is pricey, it will save me in the long run.”

This mist is not a Sun In product.

Founded by Cuban-born American hairdresser Oribe Canales, Oribe’s products are free of sulphates and parabens and are also cruelty-free.

The mist is a natural mix of lemon and chamomile that illuminates highlights.

Rebecca says: “The product can be applied selectively or all over to damp or dry hair. You can then either blow-dry hair or ‘bask in the sun’.

“I used it daily for a few weeks until the desired illumination was achieved. For the first couple of days I didn’t notice much difference.

But by day four my hair looked lighter and brighter, like I’d just come back from the salon – or Ibiza.

“This is a luxury hair lightener which works a treat and smells amazing, but the price might make your eyes water.”

The colouring properties of the hair are activated when heated, so you can either blow-dry it or let the sun do its magic outside.

“I definitely saw better results with the former. I applied it every day for two weeks, but a couple of times a week would probably work best for long-term use — it’s worth remembering that hydrogen peroxide, a type of bleach, dries out hair.

“That said, the formula is also enriched with aloe and other botanicals to help nourish and protect, and I did find my tresses were shiny and soft after using it.

“I noticed a subtle difference right away, but it was after three much more liberal applications that it became really apparent.

Good – with a catch 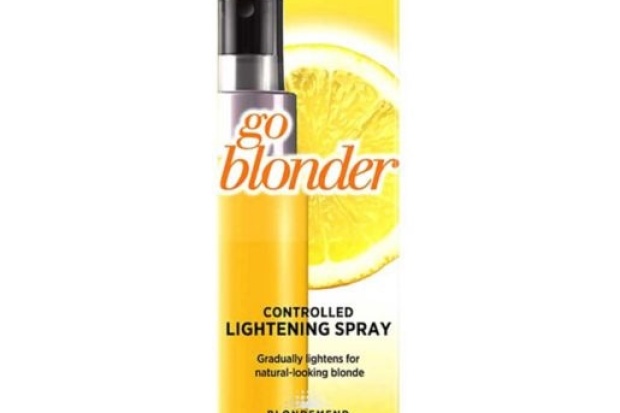 So when I spotted great reviews for John Frieda’s spray, it caught my attention.

To lift the colour, the spray contains hydrogen peroxide. Peroxide can dry out hair and make it brittle.

Hairdresser Brooke Evans of Brooke Evans Ironbridge salon, says: “Sometimes darker hair can be lifted at a low level – but using peroxide at home is risky, it can really damage your hair. If used incorrectly, there’s a big risk of damage.”

Sophie adds: “I apply the spray, starting with my dark roots then combing the remnants through to the ends.

After the third application, I noticed a significant difference. It had given my blonde hair a lift by the sixth time.

“What sets this apart is the way it has toned my locks as well as lightened them. However, hydrogen peroxide has caused split ends.

“Still, for just seven quid the outcome isn’t half bad.”

“My darker roots were lighter, having taken on a slightly golden hue, and faded into the ombre-style blonde more gracefully.

“Even some previously brassy streaks of blonde, hidden underneath the top layers of hair, had been lifted, too.

“The end result was delicate and natural looking, not like the botched tint job I feared.” 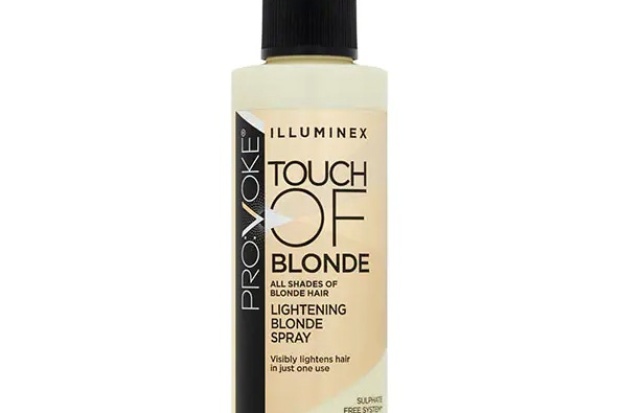 “If I can get near enough the same results with a £4.99 bottle, then I’m in. The spray advises applying every two to three days to damp hair, so I did for a couple of weeks and blow-dried my hair after each use.”

The product contains hydro­­gen peroxide, but no sulphates or silicones.

Lauren says: “Unlike some hair dyes, the product had a more subtle hairspray smell. Containing chamo­mile extract and being vegan friendly, it also gets a thumbs up for its low-chemical credentials.

“It’s super easy to apply if you’re a busy mum like myself.

“I wore it to family BBQs, a farm trip and to the pub. But the result isn’t dramatic.

“It took out the brassin­ess of my highlights and subtly lightened my hair, making me look like I had spent a week at the beach rather than visiting a salon.

“I’d suggest using this to highlight dark blonde hair, as it didn’t really have the strength to tackle my darker roots.”