Netflix Shuts Down Service in Russia

Days after indefinitely suspending all production and content acquisition plans in Russia, Netflix announced on Sunday that it is going further in response to the worsening violence in Ukraine and pulling its streaming service entirely from Russia.

“Given the circumstances on the ground, we have decided to suspend our service in Russia,” the streamer said in a statement. It is unclear whether the subscriptions for Netflix’s approximately 1 million subscribers in the country will be suspended or removed entirely.

Earlier this week, Netflix began pulling up stakes in Russia with the announcement that it would not comply with laws requiring them to broadcast 20 free, state-run broadcast channels on their service, following in the footsteps of tech companies like YouTube, Meta and Twitter which have blocked ad revenue to Russian channels like RT and Sputnik. 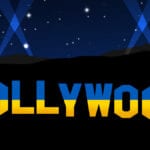 Meanwhile, all of Hollywood’s major studios announced this past week that they would not be releasing their upcoming films in Russian cinemas, including Warner Bros.’ “The Batman,” Disney/Pixar’s “Turning Red” and Sony’s “Morbius.”

Despite the immense negative impacts that government sanctions and industry isolation policies have had on Russia’s economy, President Vladimir Putin has only intensified his attacks on Ukraine. In the 10 days since the invasion began, violence in the country has escalated as Russian forces have deliberately attacked civilian structure while taking major cities on the eastern edges of the country.

Though Ukrainian resistance has slowed the advancement of Putin’s forces, Russia has increasingly committed more forces to take the capital of Kyiv, including a 40-mile long convoy that has slowly made its way towards the city. While the U.S. and other countries have provided missiles and other munitions to Ukraine, President Volodymyr Zelenskyy has pushed for the U.S. to enforce a no-fly zone over his country, a move that the U.S. is reluctant to grant out of fear that it could increase the chances of a nuclear conflict.