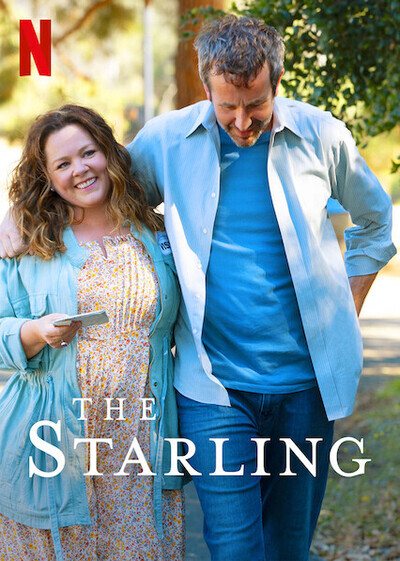 The music in a film or TV series can often make or break the final product, as songs can help elicit just the right feeling in each scene.

Netflix’s newest film arrival is The Starling. The touching comedy-drama uses several licensed tracks – and even some original songs – throughout to help us laugh and cry with the events on-screen.

What songs are included in The Starling’s soundtrack?

The Starling release date and plot

The Starling arrived on Netflix on Friday, September 24th, 2021.

Jack is devastated by the loss of his wife and leaves Lilly to cope alone. Then, a starling arrives in her garden and becomes a target.

Lilly can concentrate her attention on the new arrival and find a way forward.

The Starling uses several songs throughout its soundtrack, featuring a blend of licensed tracks and some original songs created specifically for the film.

The music supervisor discusses The Starling.

The songs in a film don’t choose themselves. That is the responsibility of the music supervisor, and in The Starling’s case, that is Julia Michels, who has the Pitch Perfect trilogy, Trolls, The Greatest Showman, and 2018’s A Star Is Born on her list of past credits. Speaking as part of a Netflix press release, Julia explained the painstaking process that goes into selecting the songs for a film: “My job is to get inside of Ted’s [director Theodore Melfi] head and his heart and realize the vision that he wants to create.”

“I feel like I know Ted’s musical tastes pretty well. He’s very good at relaying that to me,” she continued. “So creating the musical landscape with him is what my job is: finding existing songs and music and then getting some stuff written.”

Expanding on the process of finding the right song, Julia explained: “I’d say I probably listened to 1,000 songs minimum on this film because we’ve got several key spots. Melissa sat on her porch, listening to music and watching several montages.

“When I’m looking for something super emotional that has to hit a bunch of beats, I play every song to picture [watch footage with the song playing] before I decide.”

The Starling is available to stream now on Netflix after releasing on September 24th, 2021.