In recent appearances on shows like “The View,” “Tucker Carlson Tonight” and Megyn Kelly’s YouTube channel, Tafoya questioned why skin color “matters” and stated that Colin Kaepernick was blackballed from the NFL on account of his own “business decisions,” rather than his public demonstrations against police brutality. 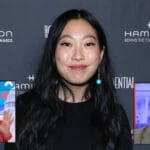 Last Sunday’s Super Bowl Game marked the end of Tafoya’s three-decade career in sports broadcasting. She left her position as an NBC sideline reporter for political pursuits, such as co-chairing the Minnesota gubernatorial campaign of Republican Kendall Qualls and speaking at the Conservative Political Action Conference later this month.

“This recently retired NFL sideline reporter is ready to play for her home team, speaking almost exclusively with white people about her newly unveiled views on race,” Cross began.

She then rolled a clip of Tafoya on “The View” during which she shares her “hot trash” views on race, including a moment in which she asks co-host Whoopi Goldberg why “can’t we change” that skin color matters. When Goldberg said, “We need white people to step up and do that,” Tafoya replied, “But I think that we… they’ve been doing that since the Civil War.” 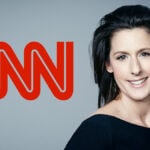 Reflecting on “Sideline Susan”s opposition to critical race theory, Cross commented, “Who needs actual knowledge when you can whitewash history with your own ignorant, ill-informed, fabricated narrative? Now, apparently, it’s CRT that is causing her kids to think that skin color matters, not the Jim Crow era or the ongoing civil rights battle or the fake war on drugs, or the omnipresence, in numerous patterns, of Black bodies being harmed or Black lives being taken.”

Cross also pointed out that Tafoya, who is white, has made her career interviewing “mostly Black players in a sport that is nearly 60 percent African-American and play in a league with zero Black owners.”

“Now, I’m no Jemele Hill, but if I were, I might be compelled to remind Tafoya that for someone who doesn’t want her kids taught that skin color matters, she is blissfully ignorant to the fact that it seems to matter very much in her own industry,” she said, noting the dearth of Black men and especially Black women in sports journalism. Tafoya’s denial of systemic racism and its effects is particularly ironic, said Cross, considering that Tafoya resides in Edina, Minnesota, a Minneapolis suburb “that was founded and populated by Black people in the 1890s until they were systematically driven out by racial covenants embedded in property deeds,” meaning that only white people were permitted to purchase property.

“Such a shame that CRT isn’t currently being taught in any school anywhere, because Tafoya may have learned about the history in her own backyard, but [she] is determined to remain blissfully ignorant,” said Cross.

The MSNBC host closed out the segment with “some advice for the Sideline Swindler”: “Your enemies will come after you the second you misbehave,” she warned. “Just ask Liz Cheney.”