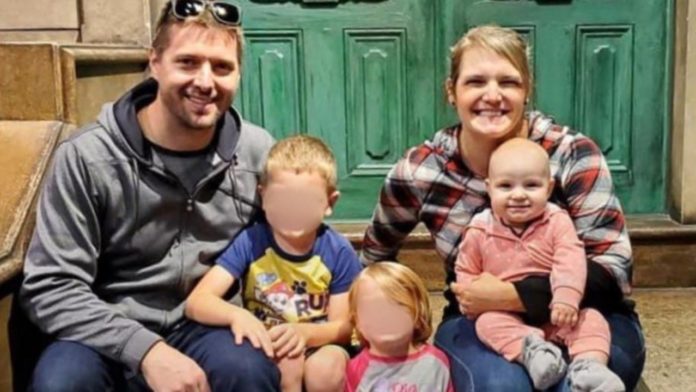 When the suspect, Derrick Madden, ran out of ammo, he pulled out a knife and started stabbing David’s sister Christina, who once dated Madden and was with the group at the time of the attack.

Christina Siau bravely “fought for her life” and “despite receiving critical injuries” killed Madden, apparently with his own knife.

A second woman, David’s wife Christy, was holding their daughter at the time and was also critically injured in the attack.

“What we have seen is actually the result of somebody who has harbored anger in his own life and allowed it to fester and allowed it to grow and develop into something very terrible and unspeakable,” David Siau’s father said.

The family has started a GoFundMeTo help pay all their medical bills, please visit this page.