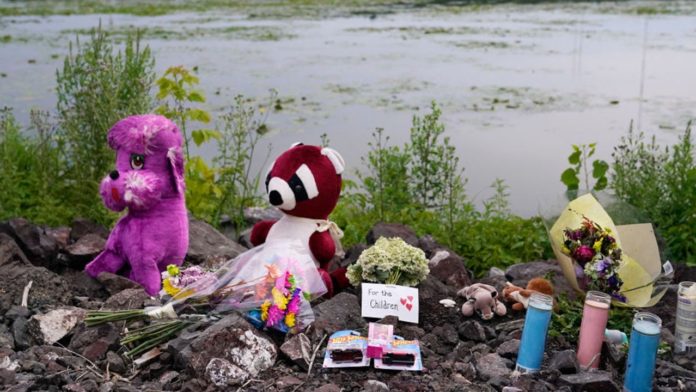 The same Minnesota shoreline that investigators claim Molly Cheng drowned her and her children at sea, has become a memorial for grief-stricken friends and family. It is decorated with flowers, candles, and pictures.

Through an interpreter, the father of 23-year-old Cheng shared how he’s holding on after losing his daughter, son-in-law and three grandchildren on July 1 at Vadnais-Sucker Lake.

“My grandchildren have always lifted me up until this point and I don’t know what to do anymore. I’m heart stricken and I hurt so much that I do not know what to say to the community,” Koua Lee, Yee Lee’s Father, said through an interpreter to WCCO.

Yee Lee, aged 27, took his own suicide last week. That tragedy touched off the series of horrible events that led to the death of his partner, Molly and their three children: 5-year-old Phoenix, 4-year-old Quadrillion and 3-year-old Estella.

“This tragedy has struck me and my grandchildren and it makes me stressful, and it makes sometimes to the point where I’m so shaken that I don’t know what to do anymore,” Koua continued.

They feel lifted by the support from their Hmong community, and they hope that others will be inspired.

If you or someone you know is experiencing mental health issues, please call the National Suicide Prevention Hotline at (800) 273-8255 or 988, once the hotline’s new three-digit number goes live nationwide on July 16.