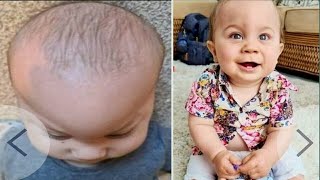 Little Teddy, from Teesside, in North East England, was born with a rare condition called craniosynostosis, which could leave his brain without any room to grow unless he had surgery.

A nurse spotted something ‘sinister’ just moments after a baby boy was born with an angled head.

A nurse noticed that Teddy had a pointed forehead. It was a sign of craniosynostosis.

The Liverpool Echo reports that the condition could leave his brain without any room to grow unless he has surgery.

The condition could cause permanent deformity, seizures, and pressure on his brain.

Beki Jones’ baby boy Teddy was born with a rare condition. Teddy will turn one in just two weeks.

It causes the bones in a baby’s skull to join together too early before its brain is fully formed.

Teeside Live reports that although the family lives in Teesside, Teddy will soon be undergoing surgery at Alder Hey Children’s Hospital.

Beki stated that it was a premature fusion. His skull is one-suture-fusion. This leaves his forehead distorted.

“The only way to correct it is with surgery, and they usually do that between 18 and 24 months.” 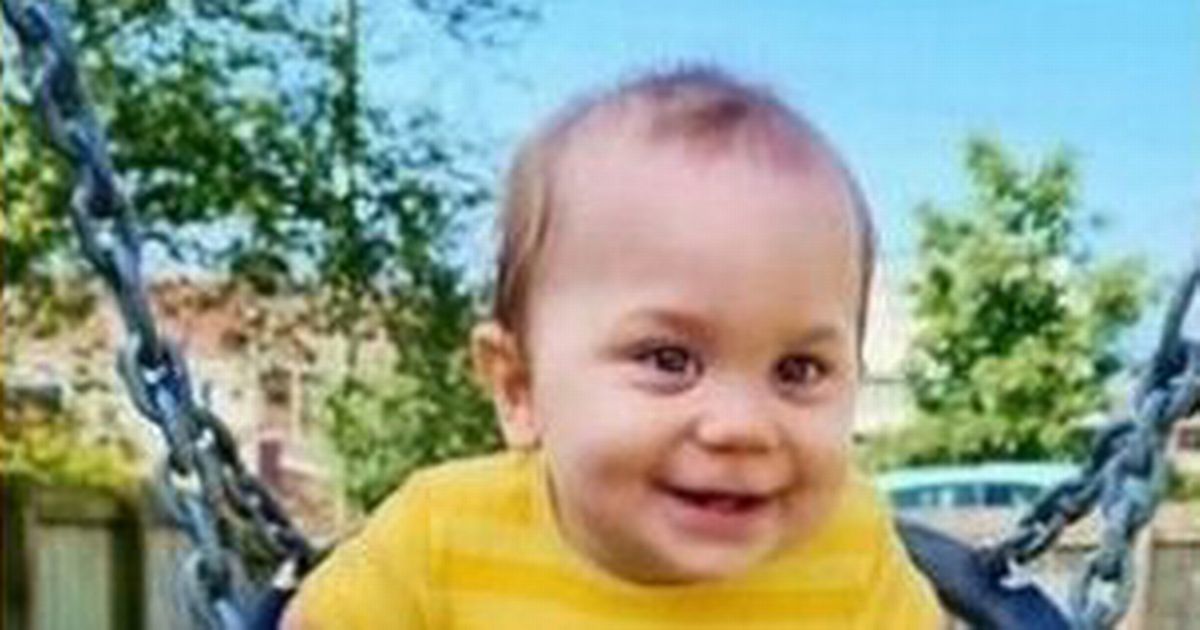 Beki said: “If he doesn’t have the surgery, it can lead to deformity, visual disturbances, speech and language problems, and seizures because his brain won’t have enough room to grow.

“It’s pretty apparent with Ted, and there are different characteristics of it.

“His eyes are quite close together, his forehead is a pointed shape, and his temples are deep-set, so that would all get reconstructed.”

One of the neonatal nurses noticed it on the maternity ward just after Teddy’s birth.

Beki said: “They didn’t know if it was just a bit of swelling from delivery or if it was something more sinister, which it was.

“It can cause pressure in the skull, so we’re hoping to correct it before it gets to that point.

Baby boy viciously mauled by pitbull while playing on a swing with screaming mum.
Boy diagnosed with the life-changing disease after parents spot common symptom.

“And so it’s less traumatic for him as well.”

Thankfully the condition doesn’t affect his day-to-day life at the moment, and Teddy is full of fun and just starting to climb.

Beki said: “He’s just like a normal little boy. He’s into everything. He loves to have a dance, and he likes musical books; he’s gorgeous.”

The Jones family will have to spend a minimum of a week in Liverpool as the surgery can’t be done in the North East.

Ronald McDonald House has Alder Hey rooms where families can stay for free while they are away.

Beki said: “You don’t have to worry about where to cook your tea or about leaving your belongings in a hotel room.”

She is part of an online support group, Cranio Ribbons, for other families who have children with Teddy’s condition.

And as September is awareness month for craniosynostosis, the group has been fundraising to support one of the rooms at Ronald McDonald House for a year, which costs £10,000.

Beki said: “We just want to be able to give something back.”

She has raised almost £1,200 so far through fairs and raffles, and collectively as a group, they have raised roughly £4,500.

She added: “People have been so helpful and generous with their time.

“We’re just so grateful, and I feel like amazing people surround me.”