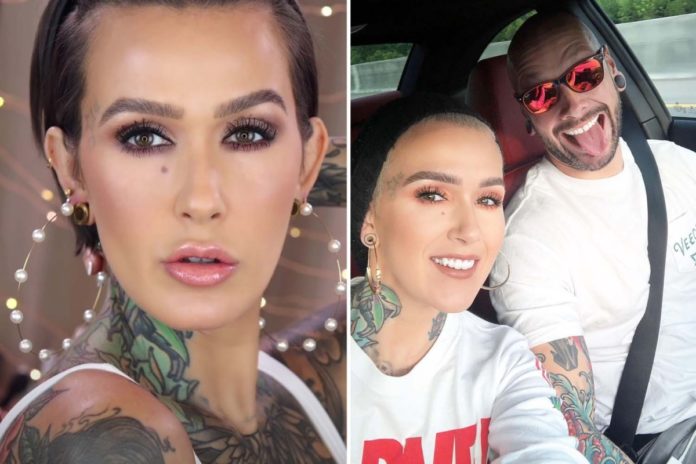 FANS of beauty vlogger Mel Thompson were shocked by her sudden death on Sunday night, reported by her husband just days after the YouTuber posted her final video.

Mel’s last post before the announcement posted by her husband was a simple selfie captioned “HAPPY MONDAY, BEAUTIES,” from just one week before her death.

In her final video, posted September 24, the mom of four gives no indication of any illness. However, one commenter claimed she had been diagnosed with Ehlers-Danlos syndrome, which affects skin, joints, and blood vessels.

“I will see you all in my next video,” she says cheerily at the end of the review.

Mel reviews a palette made in collaboration with her fellow beauty blogger, Wayne Goss, in her final YouTube upload.

“I say it all the time but I mean it from the bottom of my heart, I absolutely love you,” Mel says in a shout-out to Wayne.

“So so so sorry,” he wrote, adorning his comment with several heart emojis.

The YouTube comments section is filled with memories and missives from longtime fans.

“Mel was one of the first YouTubers I got into when I first became interested in makeup a couple of years ago. Such a kind soul.”

“I just had to come back and see her smiling and doing her thing,” wrote another viewer.