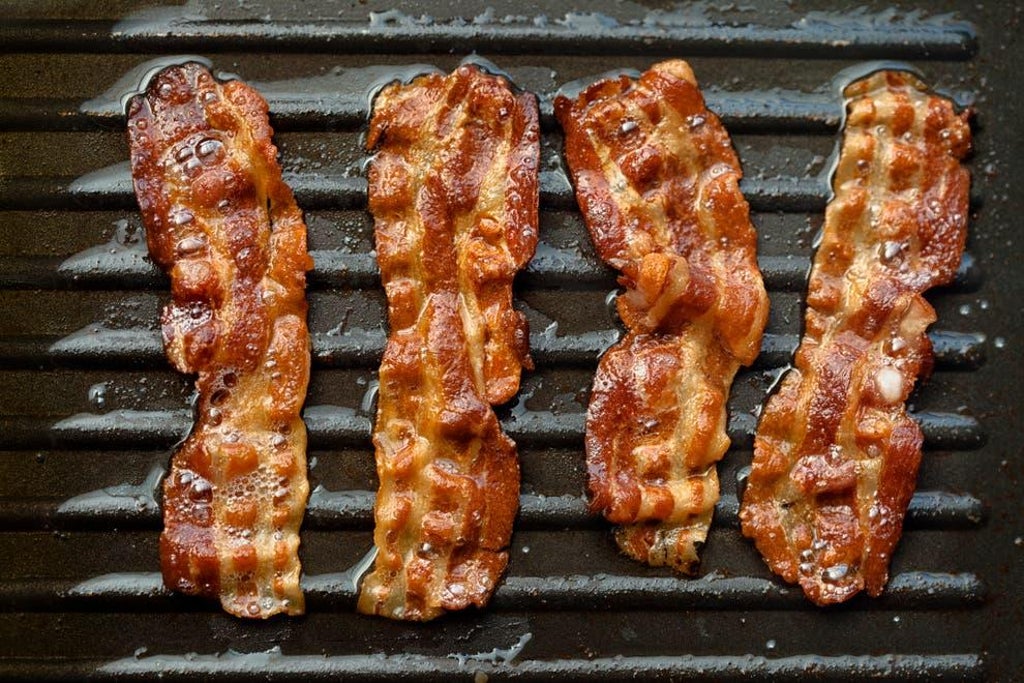 In a new controversial hill to die on, some meat eaters are apparently annoyed that Aldi is calling their new vegan bacon “bacon”.

Commenting on Aldi’s Facebook post describing the new product, the more carnivorous among their customers shared their rage, calling for bacon to be called bacon, and nothing else.

One user wrote: “Hi I am sorry if it is meat free then it is not bacon.”

Another user added: “Call it something else. Bacon is a cut of MEAT. Simples.”

Whilst a third user commented: “If it’s not meat then it’s not pork, beef, chicken, bacon etc!

“It needs to be called streaky rashers only.

“It’s as laughable as The Vegetarian Butcher!

“Each to their own, if you want to be vegetarian- that’s fine but manufacturers need to stop using meat related words to advertise their products.”

But not everyone was incised by the product. One said: “Thank you Aldi!

“Really enjoyed this and you get more and cheaper than the other player that does meat free bacon!

Another user said: “I’m not a vegan or veggie at all, really love meat and dairy products.

“BUT I don’t get why people get so annoyed by stuff like this.

“I think it’s great having a wide range of food options for vegans and veggies.

“Sometimes I try them myself as well for a change.”

And a third said: “Thank you for your amazing plant menu range, it’s some of the best out there and always the best price.”

It is not the first time Aldi has ruffled feathers. It sells a pretty bizarre ice cream and started a complete war about the rights to caterpillar cake.

Who knew a supermarket could be so divisive?