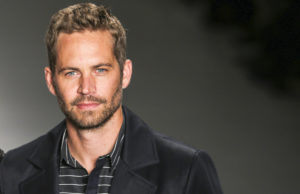 Fans all over the globe were left in absolute disarray when “Fast and Furious” star Paul Walker died after a fatal car crash in 2013. After his death, “Furious 7” was rewritten to honor Paul’s character (Brian O’Conner) with a sendoff.

It is no secret that Paul was missed by his co-stars as well as his family. Meadow Walker, Paul Walker’s daughter, paid tribute to the actor on Instagram. It was his 48th Birthday.

The 22-year-old model posted a throwback photo of her and her dad showing Meadow and Paul’s younger versions. The photo showed them wearing blue tops that matched the piercing blue eyes.

Paul Walker at the World Premiere of ‘Fast & Furious 6’ at Empire Leicester Square on May 7, 2013

The actor’s daughter has stopped at nothing to prove her love and show how greatly she misses her dad. She is also quite close to some “Fast and Furious” stars, especially Vin Diesel and his family. Meadow spoke out about how Diesel and her family supported Meadow following Paul’s tragic death.

[Meadow] She is now signed to DNA Models.

A LOOK AT MEADOW’S MODELLING CAREER

Over the years, Meadow has taken up a career in the modeling world and she has been seen representing different famous labels like Givenchy, Gabriela Hearst, and Anna Sui.

Meadow is quickly making a name in her extraordinary career. Meadow, the actor’s daughter, made her debut on the runway for Givenchy’s Fall/Winter 2019 show at Paris Fashion Week in March 2021.

Paul’s daughter is signed into DNA Models. She appeared in an ad for Proenza Schouler’s Pre-Fall 2021 collection, and she opened Givenchy’s 2021 runway show.

The Givenchy video featured a combination of fashion and nightlife. Meadow was seen from the top as models walked down the walkway. The models danced with DJ Robert Hood to the soothing sounds of Robert Hood.

Previous articleAre Kristianna and John from Love After Lockup’s are expecting a baby?
Next articleRio Ferdinand Points Out The Difference With His Former Manchester Utd Teammate Wayne Rooney