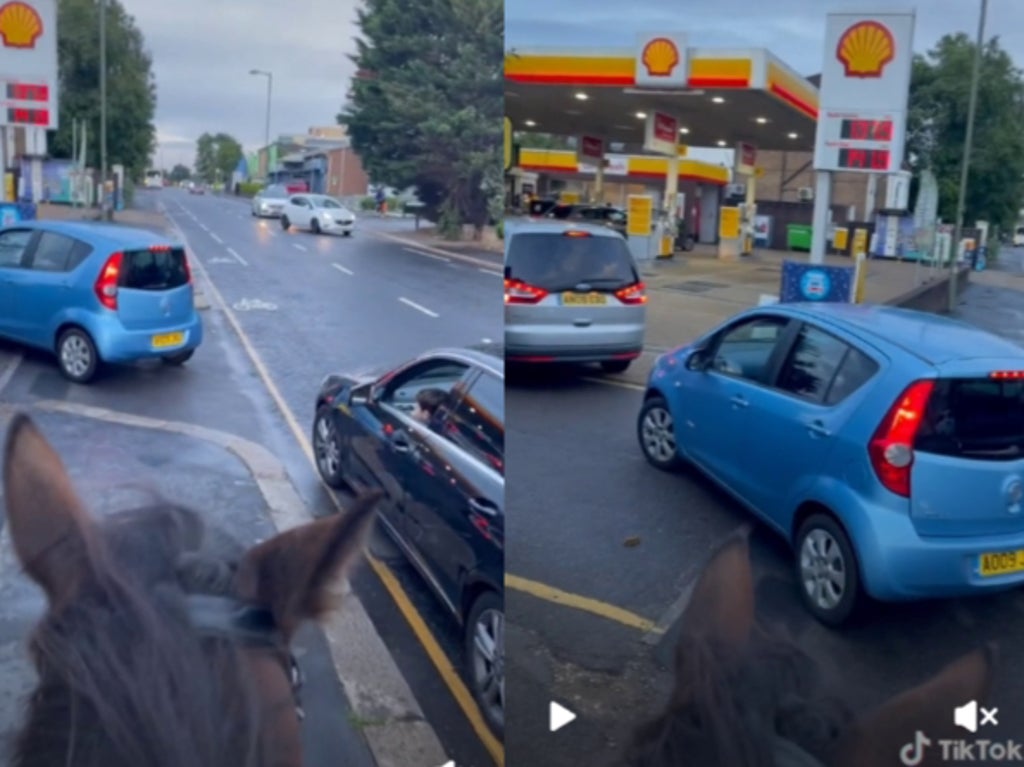 Drivers across the country have been queuing up at garages in the hope of filling up their car amid the ongoing fuel shortage – but one guy has found an old school solution to the problem.

Gus Lee-Dolphin (@gusdolphin) decided to go for an arguably more reliable mode of transport and rode in to the Shell forecourt in Osterley, west London, on horseback, thehorse-mocks-queues-b957932.html”>Evening Standard reported.

Footage filmed from Gus’s perspective shows his view on top of the chestnut steed as he horses around by singing to motorists and mocking them for having to wait in long queues to get fuel.

While trotting into the garage, Gus puts his own spin on Sloop John B by The Beach Boys and sings: “I’m on a horse, I don’t need petrol, cos he runs on carrots.”

Drivers don’t appear to be fazed by Gus’s means of travel and were understandably more concerned about getting their car filled up.

Gus’s video has since been reposted on popular meme pages such as The Archbishop of Banterbury, with the punny caption: “Queuing for petrol? Why the long face?”

After being posted by another comedy account, it went viral on TikTok and has now amassed more than 5.1 million views.

The video attracted a lot attention from viewers who loved it.

One person joked: “Yo how much horsepower dose [sic] that thing have.”

“All fun and games until there’s a carrot shortage,” another person wrote.

“Can’t wait for karma to come around and all over the news is ‘Carrot shortage in the UK,’” a fourth person added.

But it’s not the first time Gus has trolled drivers desperately trying to get their hands on fuel.

Gus did the exact same thing in another video. However, this time he was riding on a bike instead of a horse.

Let’s see what he comes up with next.

Previous articleBoy dies after ‘brain-eating’ amoeba gets into skull while playing at water park
Next articleChristmas Has Started Early For Hallmark’s ‘You, Me, And The Christmas Tree’