Made in China, a notable Hindi language comedy film has released across the country on the occasion of Diwali on the 25th of October 2019. Made in China is going against a significant comedy film Housefull 4 and that is the reason the film is said to collect a decent amount in terms of box-office collection.

In addition to this, the film is also said to have an average occupancy in theatres across the country. By the looks of it, the film is going to earn around ₹2.00 Crores on the first day of its release. 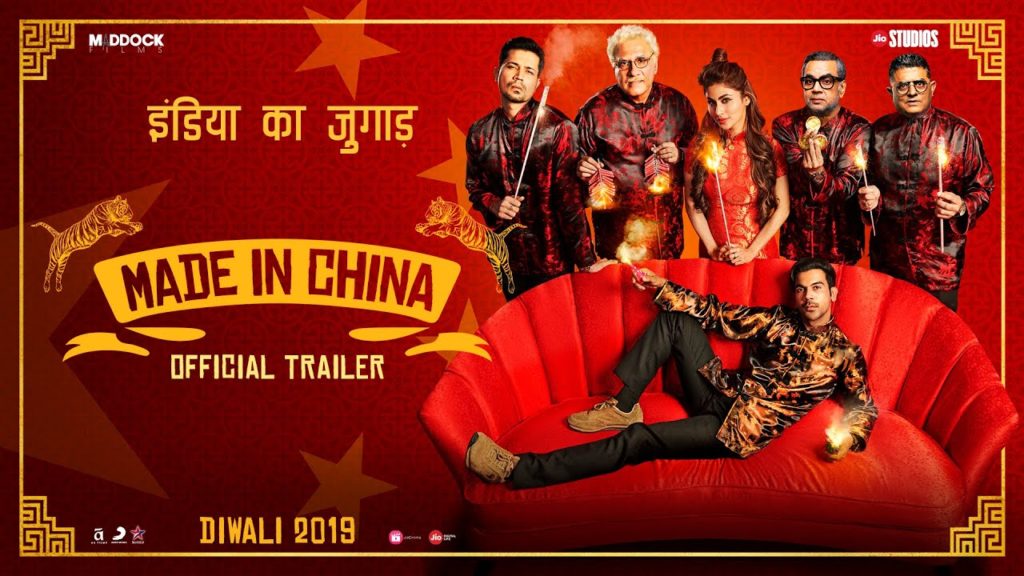 Box-office collection of Made In China

The experts are predicting that on the 1st day the film will earn around ₹2.40 crores as a gross collection in the country. In addition to this, when it comes to oversees collection the film will make around ₹0.60 Crores.

Made in China has been directed by one of the talented directors in the country, Mikhil Musala. On top of that, it has been produced by Sharada Karki Jalota, Dinesh Vijan under Maddock Films banner.

Made in China also features Rajkummar Rao, Mouni Roy and the extravagant actor Boman Irani in lead and notable role. Given that the critics have found little loopholes in the film such as the prolonged and confusing story. The acting prowess of Rajkummar Rao has been great as usual.