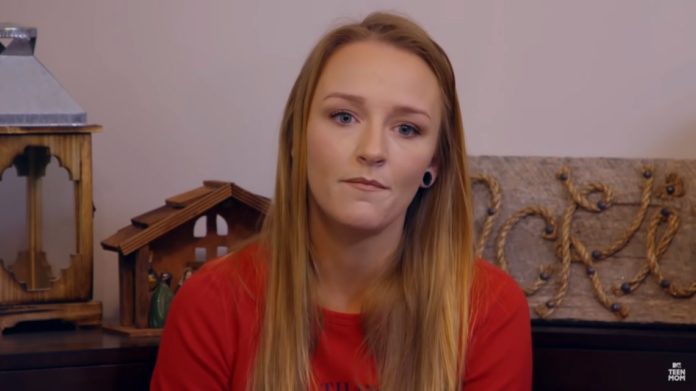 Bookout is making quite a stir among her followers. Fans are labeling the 30-year-old’s post clickbait, calling her ‘distasteful’ according to In Touch. Maci and her reps have not responded to any requests for comment. The source of the post is not known.

The Gabby Petito post on Wednesday, September 22, reads “#GabbyPetito Boyfriend #BrianLaundrie FOUND!?!” with a “Breaking News” hashtag.  Teen Mom fans are outraged over the misleading information and call Maci out, claiming that she is insensitive and looking to profit from the horrific tragedy.

This is not the first time Bookout is under fire for sharing clickbaity posts. Over the years, Maci has dealt with angry fans for her misleading posts that seemingly reveal marriage issues,  false pregnancy posts, and information about her fellow Teen Mom stars.

False headline posts can be clicked on by fans and they are immediately sent to another site with promotional pages or advertisements. One person previously wrote: “So you’re not getting a divorce? One day a divorce post the next a happy marriage post. Is it really worth getting ‘paid’ by those stupid click baits?”

Another Teen Mom fan claims: “U play a lot of games with your marriage.” Maci Bookout is not the first TM franchise star that is guilty of clickbaity posts. MTV reality stars, including Farrah Abraham, Amber Portwood, Jenelle Evans, and Catelyn Lowell are all guilty of similar postings.

It is one thing to create a misleading headline about yourself. But when using a national news headline about such a tragedy as Gabby Petito’s death to profit, fans claim it is disrespectful and sickening.


“So, Maci can’t make a post to bring awareness about #GabbyPetito but she can make clickbait and profit off of this tragedy,” one fan wrote in their caption, stating that a “family is grieving and the world is watching.”

Reality television stars know going into the game that every aspect of their lives is open for the world to see. But fame, wealth, and attention can also bring down the public’s interest.

It is up to the fans to decide how they view them. Maci Bookout has always been considered one of the Teen Mom fan favorites.

So far. Maci Bookout’s fans will continue dragging the reality star. Most likely, the insults will continue until Maci offers an apology and explanation. It will be a bumpy and difficult road.