Lester Holt launches 30th season with a look back

NEW YORK – Laughter is not often associated with “Dateline NBC.”

And yet, there were laughs coming from a reunion of sorts at the NBC offices in 30 Rockefeller Plaza amongst the “Dateline” anchors – Lester Holt, Keith Morrison, Andrea Canning and Dennis Murphy – who hadn’t seen one another since before the pandemic began.

The foursome reunited in person Monday to celebrate the newsmagazine show, which returns Friday (9 p.m. EDT/PDT) for its milestone 30th season, the longest running primetime program on NBC since its debut in 1992.

“There was never a newsroom-type atmosphere where everyone is sitting at our desk next to each other,” says “Dateline” hostHolt, joking with Canning and Murphy about recent work trips to Florida as they all reconnect.

But they quickly get serious when addressing the people at the heart of the true crime stories they’ve covered, from missing and murdered Indigenous women to a wrongfully convicted man finally released from prison.

Canning covered the Indigenous women story and helped shine a light on a community historically ignored, as stories like the disappearance of Gabby Petito gain national focus. “That was a murder-mystery, but we made it into a much bigger issue. … It was a way to get it on the air and to tackle something that is really important in this country, but still keeping it in the ‘Dateline’ fashion,” She says.

The show has evolved over the years, moving from 10-minute nightly news spots to two-hour-long appointment viewing.

The group lists the recent case involving the Murdaugh family and an attempted murder in South Carolina as a story primed for “Dateline,” but Murphy says he prefers “to get a story that nobody has really heard of.” There isn’t just one type of “Dateline”-esque case, they agree.

Alex Murdaugh visual timeline:What happened? Where? What? Who is involved?

“We’re not looking for the bloodiest story or the scariest story,” says correspondent Josh Mankiewicz by phone from Los Angeles Tuesday.

Murphy jumps in to note that though true crime is often the crux of most episodes, the show goes beyond that, and its focus on relationships sets “Dateline” apart from competitors.

“I’m not interested in the forensics and the hair and fiber. I’m interested in the billiard balls that all break when this thing happens, and it sets in motion all of the characters that we’re going to meet,” Murphy said.

“It’s not just about the crime,” says Morrison, sitting back in his signature jeans and a pair of Converse sneakers, more soft-spoken in person than his “Dateline” storytelling voice would suggest. “In fact, it’s not really about the crime at all. It’s about what happened in the relationships that caused the crime to occur and (asking) where is the tragedy.”

“People have secrets,” Canning said. “A lot of these ‘Datelines’ are not shot in most metropolitan cities … these are smaller areas. And every time you interview people they say, ‘That doesn’t happen here, that kind of thing doesn’t happen here.’ Until it does.”

The investigation into Petito’s disappearance, whose body police found last week and whose death the coroner ruled a homicide Tuesday, is another seemingly made-for-“Dateline” case. Questions of potential domestic violence resonate with the “Dateline” crew as police circle her fiancé, Brian Laundrie, as a person of interest.

Everyone is talking to Gabby Petito. Experts warn that they are not having the right conversation.

Morrison feels more women tune in to “Dateline” so they can “know the lay of the land when it comes to interpersonal crime.”

“That lays open what I think ‘Dateline’ has exposed over the years, which is one of the worst epidemics we have: the epidemic of spousal abuse, of women being harmed by men. And I hate to say it, but that’s really the basis of so much of the crime that occurs,” Morrison says.

Mankiewicz connects on a personal level: He covered the murder of his friend, Dr. Steven Pitt, whose killing stemmed from a bitter divorce and custody battle, for a 2018 episode of the show.

“I went to attend his funeral and I ended up doing an hour on his murder, which was really the story of the domestic violence that (someone else) suffered through, and my friend ended up being collateral damage,” Mankiewicz says.

Holt says the stories are “relatable” because “you realize that people that do bad things could be across the street from you, their kids could go to school with yours.”

“A lot of the people in these stories were good people, up until the moment they weren’t, or they were living normal lives like ours and then one day they became a victim of something really horrible,” Holt says.

That relatability had audienceswatching more than 28 billion minutes of last season alone on NBC and digital platforms – including celebrities who can’t get enough of the show.

Taylor Swift counts herself as a fan (she invited the cast toa stop on her Reputation Tour in 2018), as do Kristen Bell and Kris Jenner. Interact with enough pop culture, and you’ll notice at least one “Dateline” nod, from Kaley Cuoco‘s reference to it on “The Flight Attendant,” to Saweetie giving the show a shoutout in her song “Tap In.”

Morrison has found himself parodied on “Saturday Night Live” by comedian Bill Hader, who would go on to imitate Murphy and Mankiewicz on “Jimmy Kimmel Live!”

The show’s place in history is yet to be determined, but its legacy is taking form. Morrison says if “Dateline” is successful in its mission, the show will be remembered as “a kind of a sociological touchstone.”

Murphy says crime has always been a part of storytelling, from the Bible’s Cain and Abel to Shakespearean deaths on stage. “Crime has been with us for a long time, and we tell it very well.” 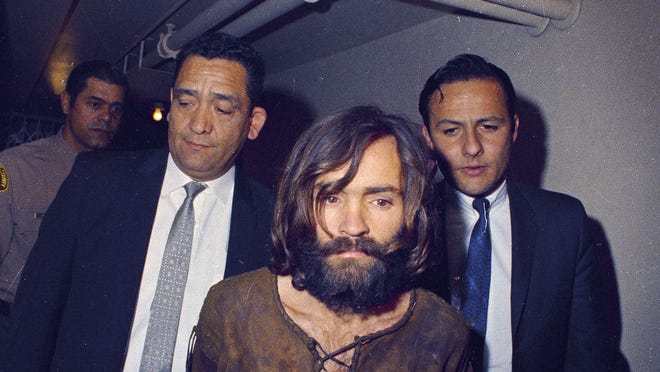 Previous articleLooking Back on Survivor’s Most Controversial Twists
Next articleFully jabbed pregnant women pass on Covid busting antibodies to their babies while in the womb, study claims