According to OK!, Channing Tatum’s “reputation as a flirt” and “bad boy charisma” just don’t sit right with Lenny Kravitz despite the fact that Zoë and Tatum only recently began dating over the summer.

Yet still, Lenny has to force himself to “sit back and bite his tongue” and not express his disapproval. An insider leaks that the singer “is going to be watching the situation very closely.” 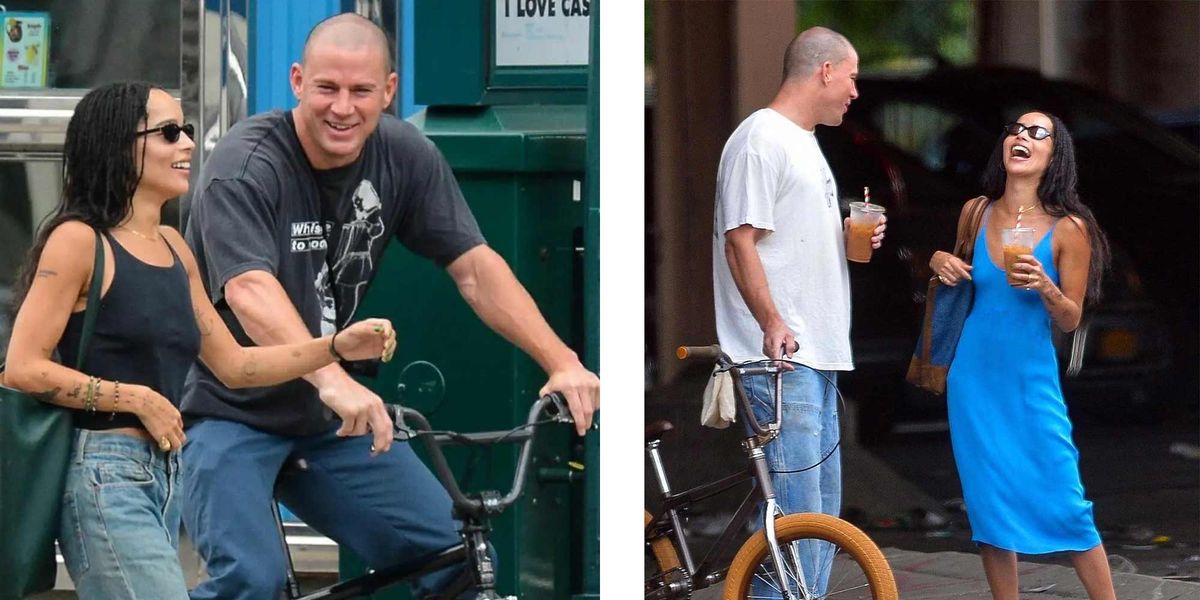 “Lenny wants to let his daughter make her own choices,” the same source reveals, but he also knows “these high-profile dalliances tend to end badly.” The outlet notes that Zoë has had a long list of past romances with actors like Michael Fassbender, Chris Pine, and Penn Badgley.

No matter what happens between Zoë and Tatum, the magazine says Lenny will be a “shoulder to cry on” when the relationship inevitably ends. First off, Lenny Kravitz seems to have a playful relationship with Zoë and her beau Tatum. In July, the three jokingly suggested Lenny audition for Magic Mike 3 after showing off his abs on Instagram.

Why would Lenny be so lighthearted with Tatum if he can’t stand him? It just doesn’t add up. Lenny Kravitz is also depicted in the magazine as a vindictive guy when it comes to celebrity romances. This is completely false.

If Lenny was so bitter about “high-profile dalliances,” why has he publicly stayed so close with his ex-wife, Lisa Bonet, and her husband, Jason Momoa? “You let love rule,” Lenny explained it himself. To say that Lenny Kravitz is cheering for things between Zoë and Tatum to “end badly” is quite a stretch.