Addison Rae and Kourtney Kardashian made waves last summer after it was revealed on Keeping Up With The Kardashians that the two were spending a lot of time together and even having sleepovers. Although some outlets attempted to portray their friends as more than it actually was, they were clearly very close. Even now, Kardashian and Rae’s bond is clear to see, especially after the two rocked an on-trend, retro pattern while chilling in bikinis.

Great minds think alike and that’s never been more the case than when it comes to Kourtney Kardashian and Addison Rae. The two famous ladies both rocked bikinis in separate photos and though the swimwears’ designs differed greatly from each other, both featured the same retro pattern. 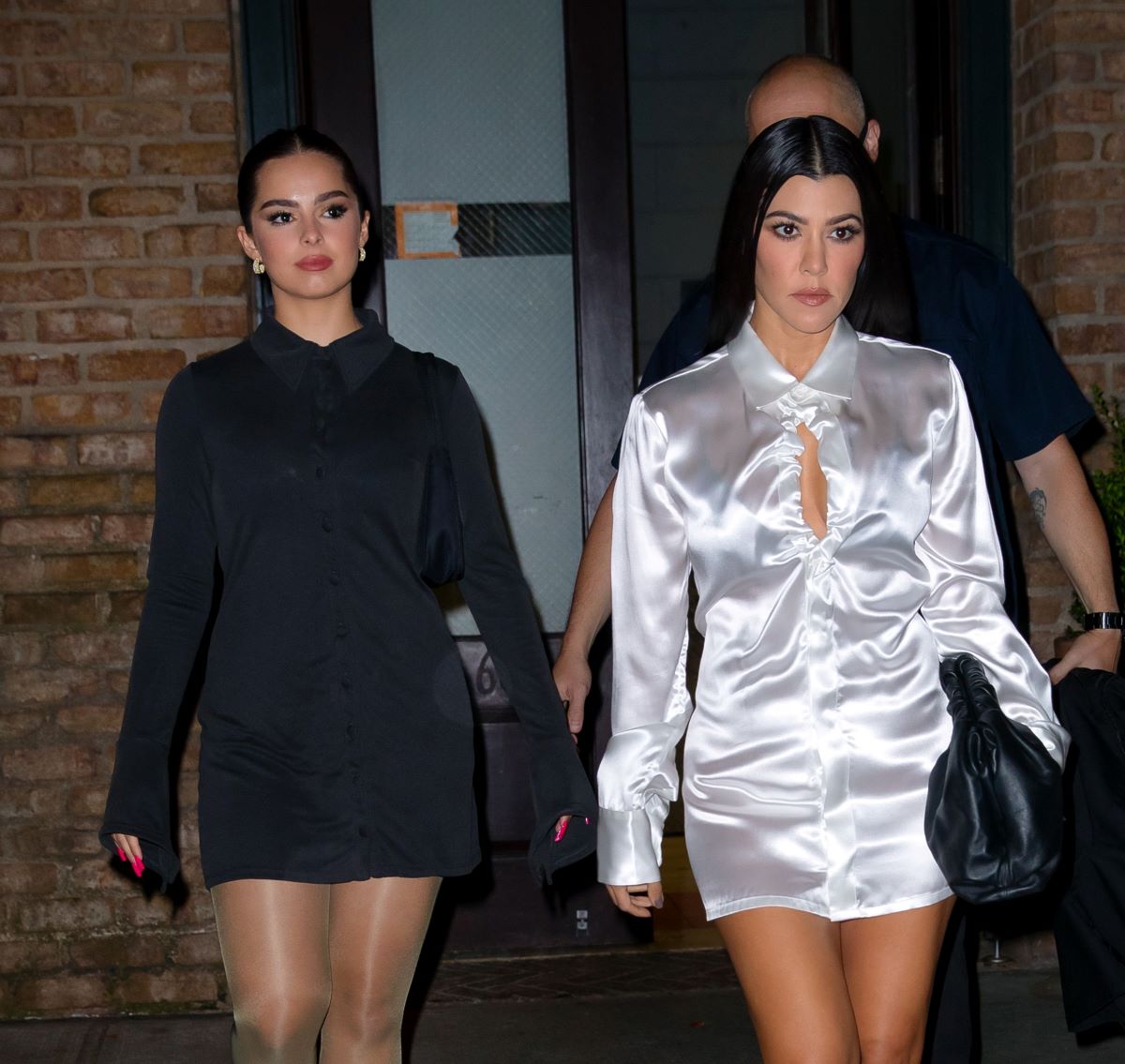 Addison Rae posed for a photo on the beach next to a giant rock formation. As she extended one arm above her head and placed her forearm on the rock, her expression was serene. Her pink and purple checkered bikini looked like a second skin. The string bikini was displayed to a devastating effect by Rae’s coquettishly popped hip.

A bucket hat was another popular trend for this season. Rae’s hat is utterly adorable in a pale yellow and bright red plaid. It doesn’t really match her bikini whatsoever, but it adds a touch of innocence to the TikTok star’s bombshell appearance.

That same day, Kourtney Kardashian posted a photo of herself in a white and green checkered bikini. This style was completely different from Rae’s, who looked a little more punk rock. Kardashian, on the other hand, looked like a pinup girl from the ’50s. Kardashian wore a triangular-cut, knit bikini top and modest, but still attractive, bikini bottoms that showcased her tanned legs.

The pinup aesthetic was helped along by Kardashian’s high ponytail and her rounded sunglasses, as well as the playful way she posed on her bike. Kardashian completed her look with a pair of white sneakers, which looked beat-up but made it easy to approach. Her outfit also had a sporty feel to it.

It’s funny that these two, who became instant besties last year, managed to match each other on the same day, though not in a way that’s immediately evident. Rae and Kim Kardashian both look stunning in their own ways. We only wish they could have teamed up for a photoshoot as they clearly wanted to photograph their swimsuits.