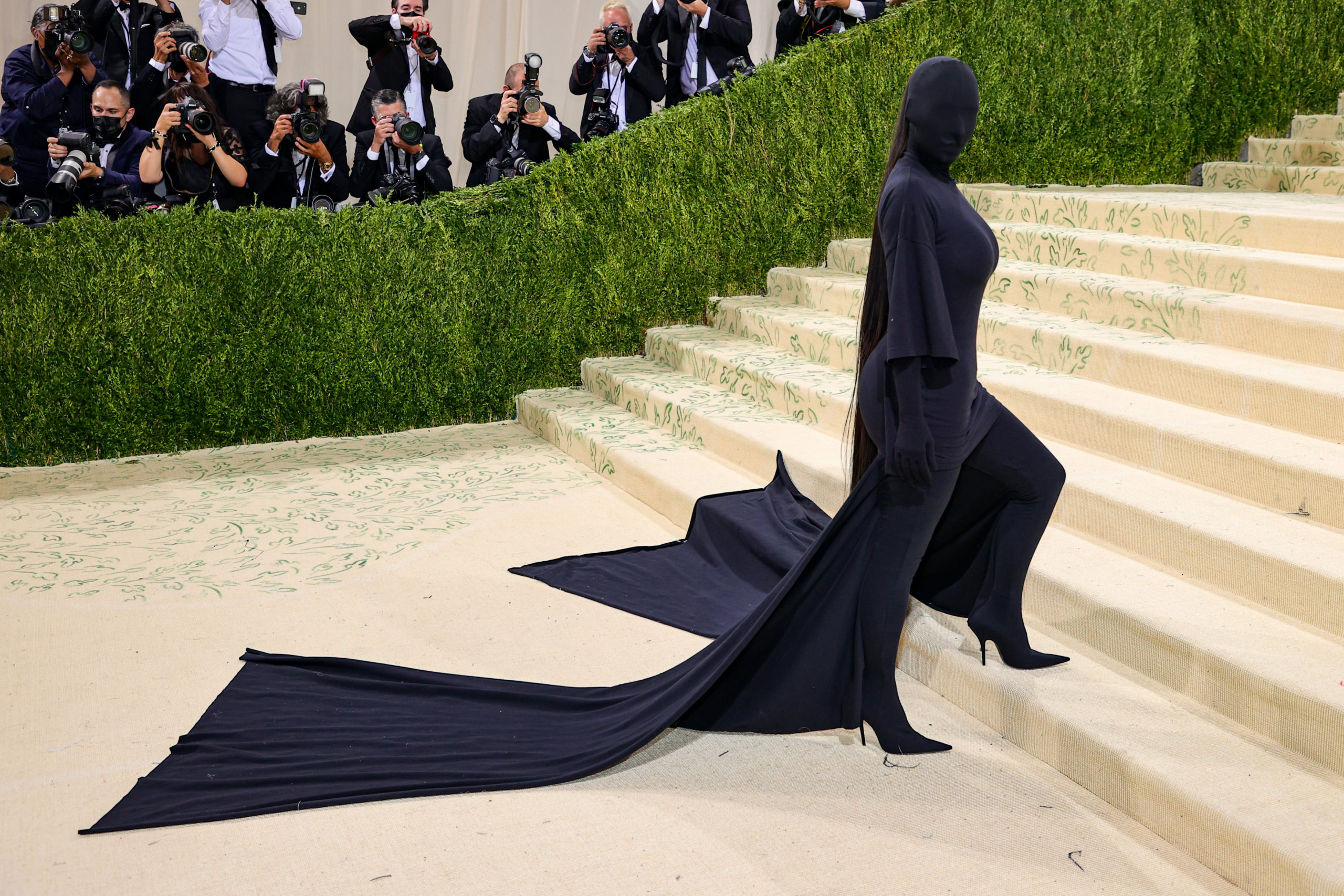 Kim Kardashian’s Met Gala look – which featured a mask wrapped around her head, a tight mini-dress, leggings, long gloves, and pointed boots – has been made into a Halloween costume ahead of the spooky season.

Kim Kardashian’s love-it-or-hate-it 2021 Met Gala ensemble has now been made into a Halloween costume just in time for the spooky season. 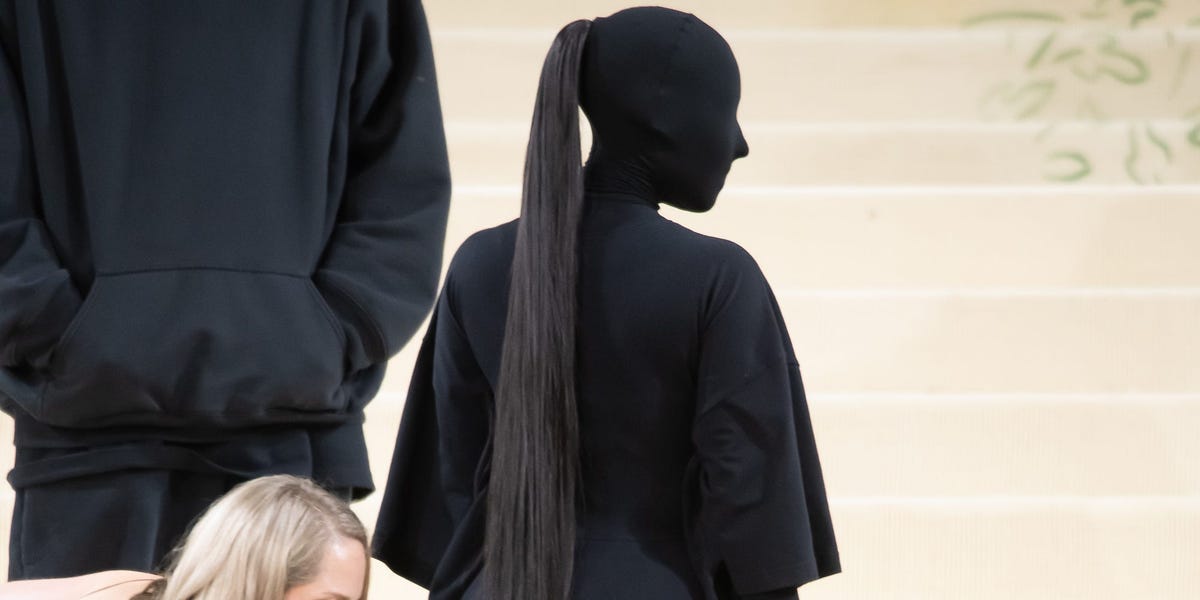 The Keeping Up With The Kardashian’s star sent tongues wagging when she arrived on the famous New York City red carpet earlier this month, rocking an all-black outfit that covered every inch of her body – including her face.

And following the constant media attention, Halloween costume companies have jumped on the bandwagon. 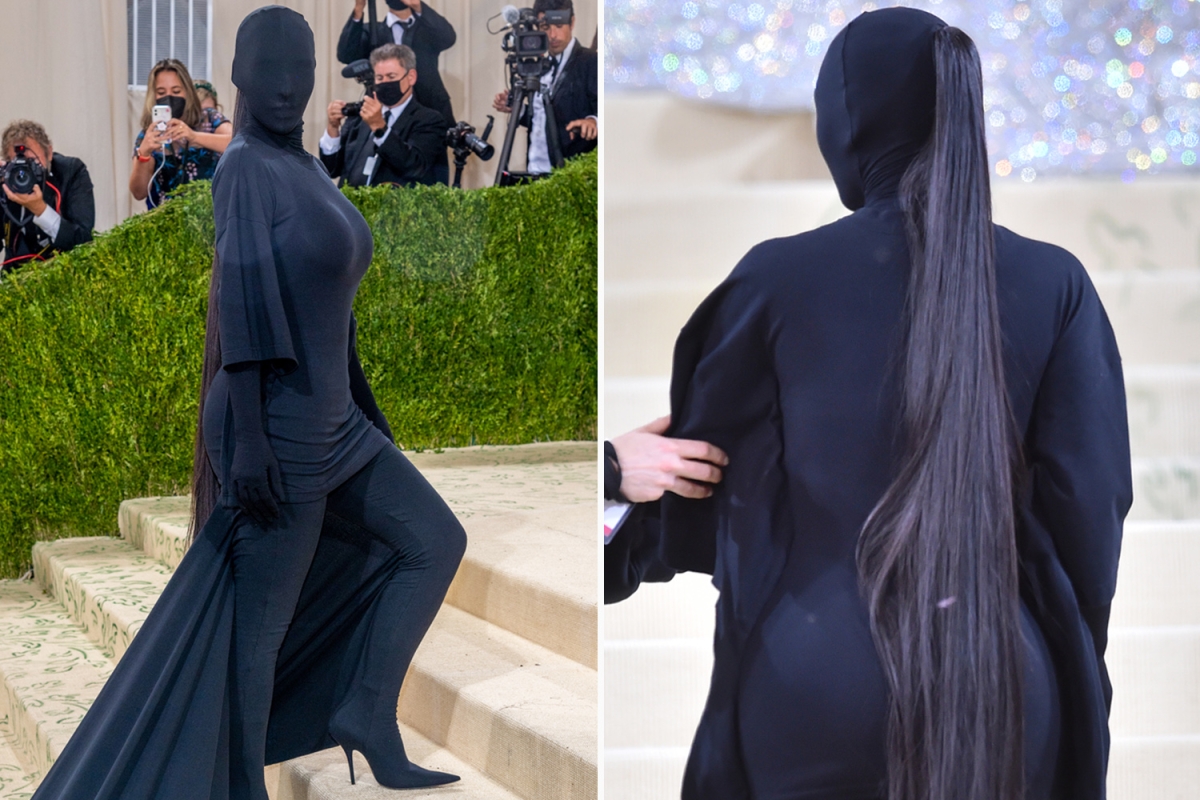 The product description promises head-turning looks and ‘breathable’ material – despite being designed to cover the entire face.

Kim’s Met Gala look – which featured a mask wrapped around her head, a tight mini-dress, leggings, long gloves, and pointed boots – was dreamt up by Balenciaga creative director Demna Gvasalia.

But as soon as the reality TV star, 40, stepped onto the red carpet, fans suspected that her estranged husband, Kanye West, influenced her fashion choice – mainly due to him becoming a fan of full-face coverings while promoting his newest album, Donda, in recent weeks. 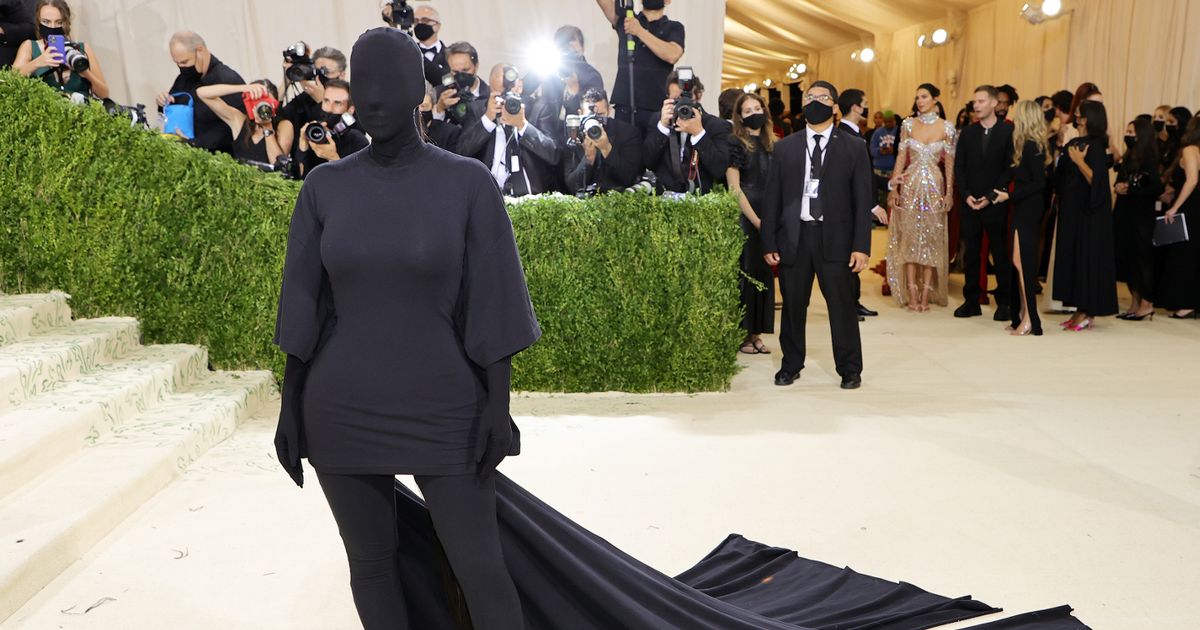 TMZ also reported that the rapper was the driving force behind the look and that it’s he who “gave Kim the courage to push the envelope with creativity and people’s imagination through art.”

It comes after Kim previously told CNN how she struggled to find fashion inspiration, but after a kind gift from Kanye, she began her style education.

“Before my husband and I started dating, he brought me Carine Roitfeld’s coffee table book and was like, ‘You should be studying this book; this is like the fashion bible,'” she said.

Kim filed for divorce from Kanye back in February, but fans are convinced that the pair are getting back together since her Met Gala looks.