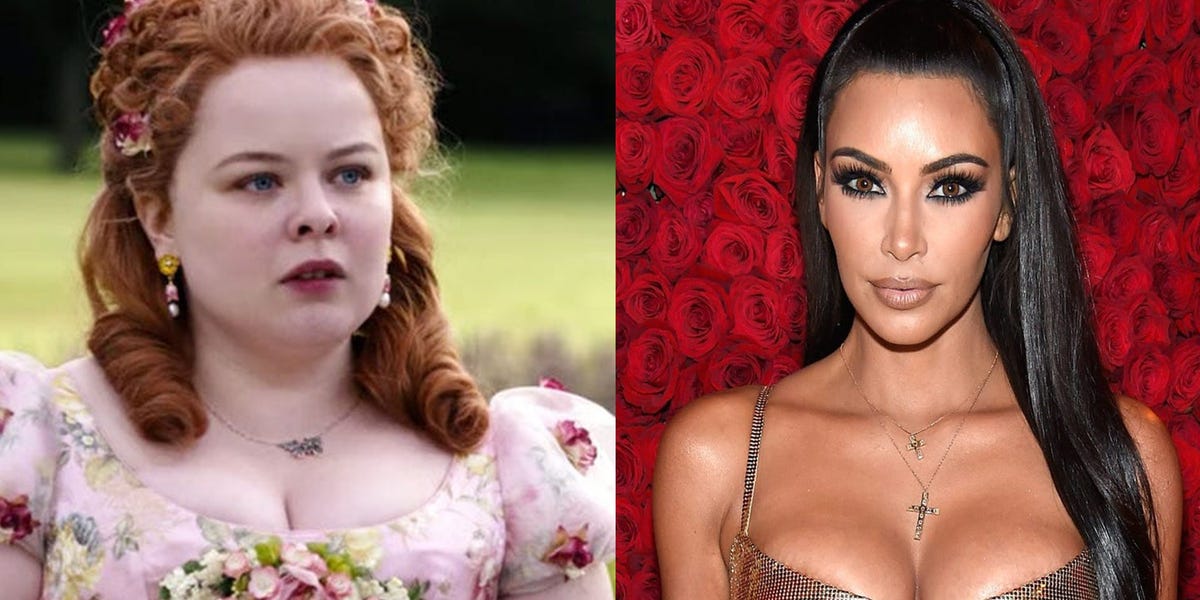 “Bridgerton” star Nicola Coughlan said Kim Kardashian West “has been messaging” the actress about the show.

“My close personal friend, Kim Kardashian,” Coughlan laughed. “We have been messaging and she’s been asking about the show and what’s been happening and she’s so nice.”

She added: “She has a ‘Bridgerton’ WhatsApp group. She’s seen it six times or something. Lady Kardashian of Calabasas.”

The “Keeping Up With the Kardashians” star revealed in March that she was a fan of the Netflix show, writing on her Instagram story that she was “not ok” while watching some of the more dramatic scenes.

Coughlan and Kardashian West have interacted publicly on social media since at least January 2021 when Kardashian West asked her Twitter followers if she should start watching “Bridgerton” and Coughlan responded, “I’m biased, but yes.”

A few months later, Coughlan revealed that the Featherington family was based on the Kardashian-Jenner sisters.

“As the world’s number one @bridgerton Stan does @KimKardashian know that the Kardashians were a massive inspiration for the Featheringtons and we talked about them all the time during our fittings?” Coughlan wrote this on Twitter in April.

Kardashian West quote-tweeted Coughlan, writing that she was “freaking out” about finding out that she was an inspiration behind the Featheringtons after someone sent Coughlan’s tweet to the reality star’s “Bridgerton” group chat.

Coughlan also told Elle in April that Penelope is a lot like Kardashian West and that the Irish actress has “always been a big fan of Kim.”

“There was one very ambitious mum and her three daughters, who were all very different,” Coughlan said about the similarities between the Featheringtons and Kardashians. “I would like to think Penelope is the Kim, I’m just going to claim that she is.”