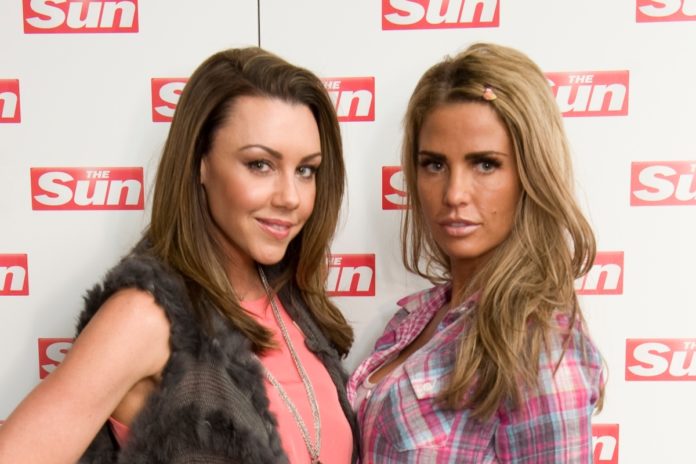 The star, 42 years old, commented on Carl Woods’ recent Instagram post. He said that he had never hurt Katie.

Michelle wrote: “Carl, love. I know I’ve said it before but stay strong. Those people out there sometimes they have their own pain and suffering and unfortunately take it out on people they’ve never met or know.”

She added: “Look after yourself and look after my @katieprice x. ❤️ u both x”

Katie also commented – insisting that she didn’t call the police on Carl following an alleged assault in her home last month.

The former glamour model was left with a bruised face after the incident, and shared on his social media post: “FACT, I’ve ALWAYS said DONT believe everything you read in the media and what Carl is saying is true. FACT I’ve NEVER called the police on Carl my police investigation I’m currently going through to a incident a few weeks ago is not to do with Carl.

“This man’s mental health is so low and easy to say suicidal. Someone played what they thought was a clever game and involved the media with inaccurate information.”

In his video, which was filmed inside a car, Carl insisted: “The truth will come out.”

The 32-year-old broke his silence following the incident two weeks ago, writing in a statement: “I would never hit or hurt her”.

Speaking to camera, he said he’s been “in hiding” through the “roughest” month of his life, adding: “I’m a good fella, always have been”.

Katie’s comments came hours after Central Recorder reported that Carl and she had taken a short vacation to Turkey following a few difficult weeks.

At 1.30am on Monday August 23, police were called to Katie’s house in Essex. A man in his 30s was taken into custody on suspicion of theft and assault.

The Essex Police confirmed that he was released on police bail. However, the man was rebailed earlier in the week. Today’s bail date was extended to the end of next month.

After being set up by a friend, Katie and Carl started a wild romance in June 2020.

Katie got engaged for the seventh time to Carl in April – with the ex-glamour model calling him her “Prince Charming”.

Do you have a Central Recorder Showbiz tale?