Karen’s Release Date & Trailer | Kinda looks like discount ‘Get Out’

Taryn Manning film, Karen recently surfaced trailer has left the audience shocked. The American thriller movie is solely based on the white women who target black people only with racist behavior, along with a pinch of humor from the lead who every time asks “talk to the manager”.  The fans after watching the trailer are in huge shock with a trope developed into a thriller movie. Here are the details regarding its release date and everything that you need to know beforehand. 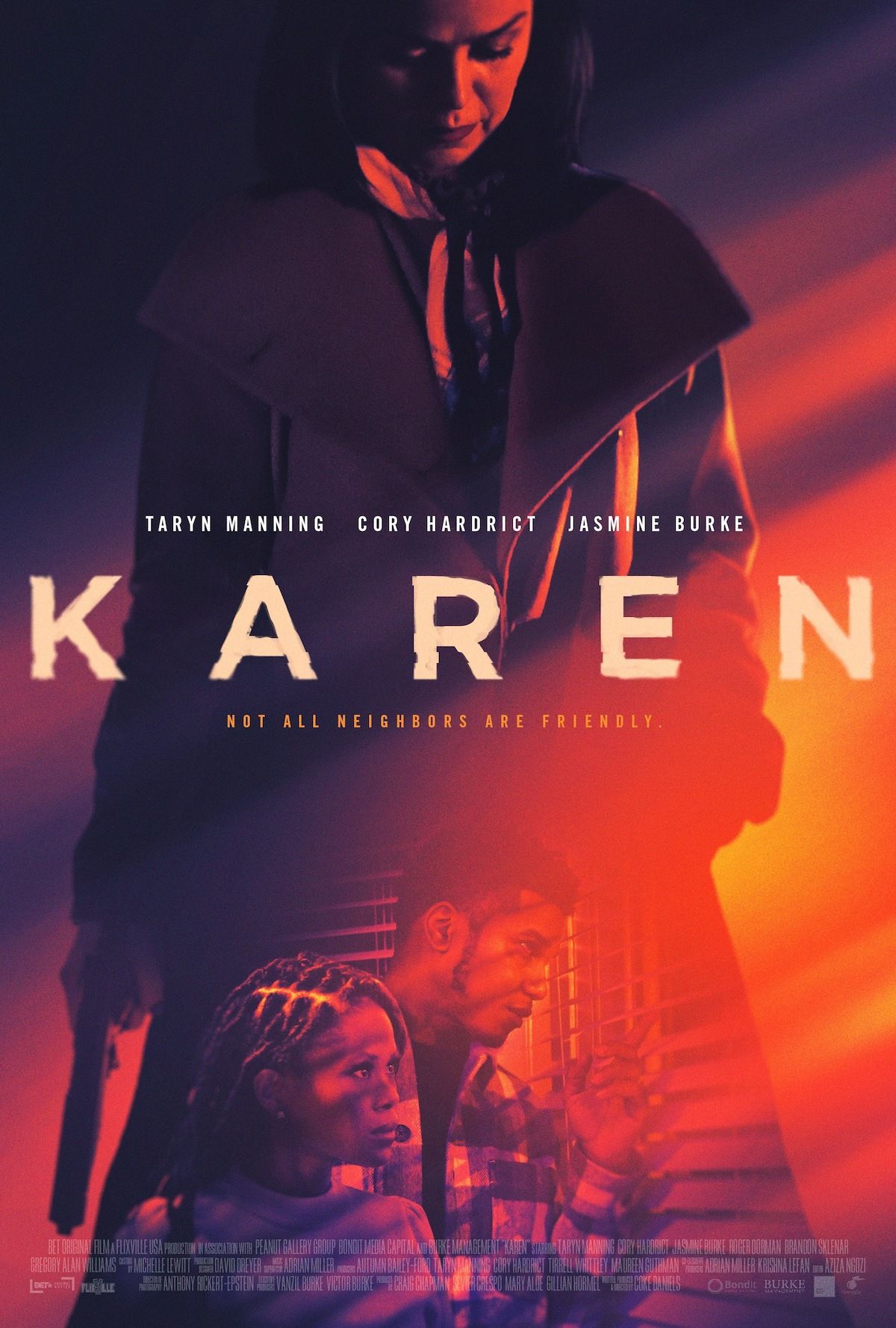 Taryn Manning (Netflix’s ‘Orange is the Black’) as ‘Karen White’. Along with her, you could witness Cory Hardrict (‘that’s so Raven’) plays the neighbor Malik and his in-movie wife Jasmine Burke (Love and Hip-Hop). The writer and director are Coke Daniels, who is popularly known for his ‘Fruits of the Heart’.

The horror thriller is about the Manning who throughout plans and lays plots to hurt black color people. She is passing racial remarks to her newly showed-up neighbors. Along with this, she is even engaged in conflicts with the black people around her. The story gets a horror-thriller turn when she decides to pick up a gun to sort this matter.

The recently surfaced trailer showcases a Black family that moves to the same neighborhood as Taryn Manning (Karen). The trailer reveals a lot of controversial statements which are stereotyping in a certain way from the movie.

‘Karen’ trailer sets off complaints of copying ‘Get Out’

This is all for now. Stay tuned for further updates on the Karen Movie.