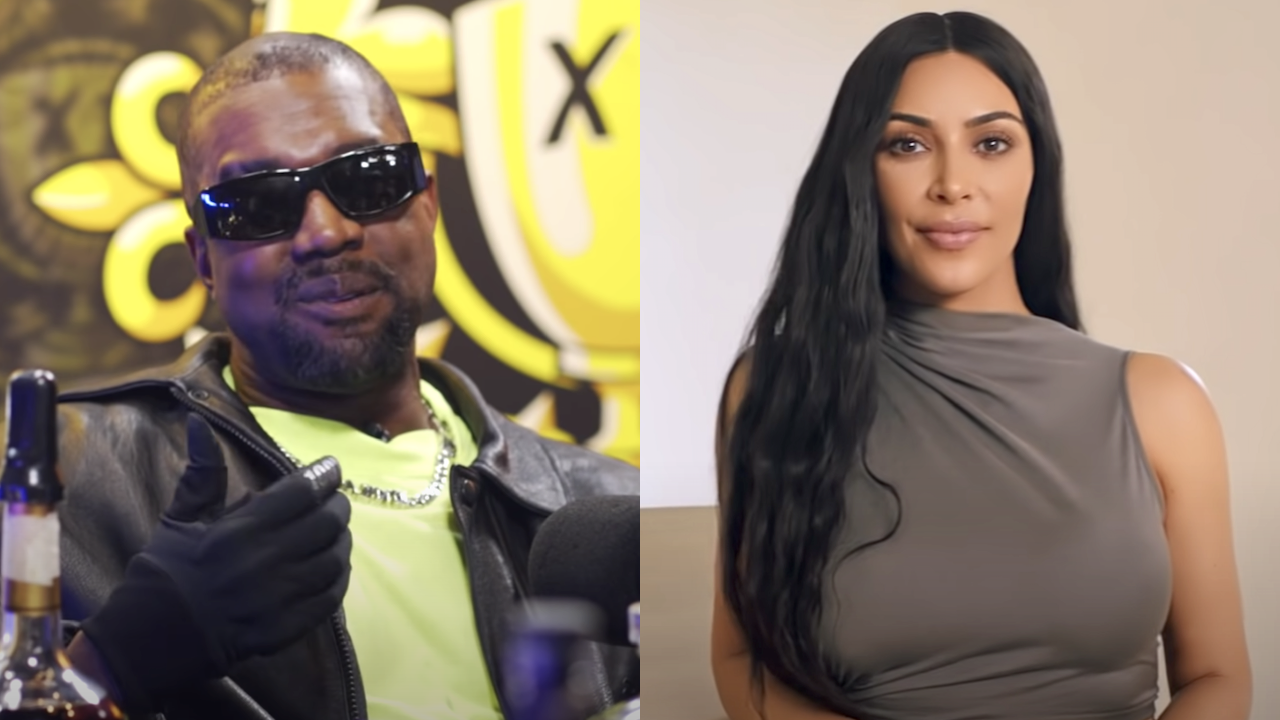 I truly can’t remember the last time we’ve seen a celebrity divorce that’s been as filled with very public disagreements and also equally public pleas to reunite as the one Kim Kardashian and Kanye West are going through. For months, West has been telling everyone who will listen that he wants his family back together, while simultaneously dating several other women, slamming Kardashian for the way she parents their kids, and saying not-so-nice things about her boyfriend, SNL star Pete Davidson. Now, after West sent Kardashian a truck filled with roses for Valentine’s Day, she publicly ignored the gesture and sent the internet bikini selfies.

According to TMZ, the deal is probably pretty much what you imagine it to be. In an Instagram post that has since been deleted (along with that lengthy, all caps Valentine’s post), Kanye West showed off a picture of a large pickup truck (I’d say it’s Ford F-150 adjacent in size) with the bed of the truck filled with beautiful, dark red roses. The windows are tinted (obviously), so we don’t know whether or not the double cab had as many roses as possible stuffed within, as well.

If you’re thinking that he could have sent this gift to anyone (Julia Fox, maybe?), the next aspect of this rose truck is sure to convince you otherwise. West also made sure to have the truck delivering his floral freebie customized with the words “MY VISION IS KRYSTAL KLEAR,” in all caps. I’m sure you’ve all taken immediate notice of the use of the letter “k” where none should be, correct? Yeah, I doubt Ms. Fox even saw this truck, which makes sense, considering the rumors that they’ve already broken up.

While West seems to still be working toward his hoped-for reconciliation with Kardashian, she and Pete Davidson spent a lot of time together over the weekend leading up to Valentine’s Day. And, Kardashian doesn’t seem to be giving too much thought to what West is up to if she doesn’t have to, seeing as how she simply wished everyone a happy Valentine’s by promoting her SKIMS line and posting bikini pics to Instagram. Observe:

Kardashian has now spent a significant portion of her life famous and in front of cameras. If anyone knows how to divert attention from things she’d rather not think about / discuss, it’s her, OK? She seems perfectly at peace in her photos, and some of it may have to do with how she spent her holiday time. She and Davidson were seen out at dinner twice over the weekend, and while Davidson recently seemed to confirm that Kardashian is his girlfriend, they also kissed in public for the first time the night before the big holiday.

So, it seems that despite Kanye West’s calls for Kim Kardashian to take him back, things are moving right along with her and Pete Davidson instead. It’s rumored that the couple is on track for their divorce to be finalized in March, so Kardashian trying to keep herself away from West’s noise until they’re totally divorced is probably a good idea. And, bikini pics are as good of a way to do that as anything else.