Kanye “Ye”In an interview with ABC that will air Thursday night, West discusses his relationship with Kim Kardashian, the legal battle with Gap, and his political ambitions. “Nightline”The day before, and on the day before. “Good Morning America.”

Sitting with ABC News Live’s prime anchor Linsey Davis, the Grammy-winning rapper and multi-hyphenate creator confirmed that despite the level of scrutiny on his prior marriage, his “gospel school”Donda Academy, his dissolving fashion partnership and Gap may indicate that he is still interested in a presidential run.

“Do you have future political aspirations?”Davis asked. 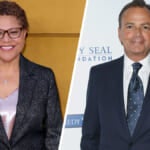 West ran for president in 2020. After his failed, self-funded campaign was unsuccessful, West ultimately lost. (FEC disclosure filings show that he lent $6.8 million to his presidential committee.

After West’s concession, he posted the following to Instagram: “Kanye 2024,”Future intentions.

In a Interview with Forbes 2020 in which he denounced his former endorsement of former president Donald Trump and detailed the tenants of his campaign – under what he deemed the “Birthday Party” banner – West revealed that, with guidance from Elon Musk, he drew inspiration from Wakanda’s governance model, as seen in “Black Panther.”

He also stated that 2020 felt like the right time for him to run. “God just gave me the clarity and said it’s time. You know I was out there, ended up in the hospital, people were calling me crazy. I’m not crazy…. Now it’s time. And we’re not going crazy, we’re going Yeezy, it’s a whole ‘notha level now.” 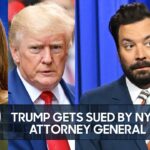 The rapper’s Christian faith remains a guiding influence on his choices, political or otherwise.

“When you remove the love and fear of God, you open up the love and fear of everything else,”He said. “And it’s easier to have sheep when people don’t have God. It’s easier to control the people if people are not controlled by God. Because then they can be controlled by how many likes they have or whatever’s happening on their TikTok or how much money or the perception that people have,”He said. “But we only have one audience here and that audience is God. And He’s watching us at all times,”Yea. “He’s got my back.”

The complete half-hour special is titled “A Conversation with Ye: Linsey Davis Reporting,”It airs on Thursday evening, and will be streamed later on Hulu. View the preview clip for the interview via “Good Morning America” Right here. 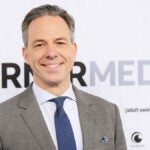