The donation from Blum, who, studying drama, graduated in 1991 and has served on Vassar’s Board of Trustees since 2015, is the largest gift ever given to the college by a male alum and is a lead gift for Vassar’s upcoming fundraising campaign, which will launch this fall. The funds will go to help the college’s financial aid funds to help students pursue an education in the liberal arts regardless of their financial status.

Blum announced the gift during an appearance on ABC’s “Live with Ryan & Kelly” last Friday. 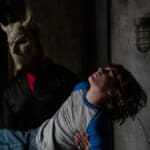 “As we prepare to launch the largest campaign in Vassar’s history, Jason Blum’s gift for financial aid is catalytic and will have a positive impact on innumerable lives of Vassar students for years to come,” President Bradley said.

“The courses I took, friends I made and the other activities I was involved in while at Vassar fueled my critical thinking skills and made me more curious about the world,” Blum said of his time at the college. “I want to help ensure that Vassar is able to continue its commitment to admit students with the desire to succeed without regard to whether or not they can pay.”

Blum is the founder and CEO of Blumhouse, the horror giant through which he has produced over 150 movies and television series with theatrical grosses amounting to more than $5 billion, including “Halloween,” “Paranormal Activity,” “Insidious,” “Happy Death Day,” “Sinister” and “The Purge,” among many other films. Blumhouse’s TV division has also produced “The Thing About Pam,” “The Good Lord Bird,” “The Loudest Voice,” “Sharp Objects” and more. Previous articleMPs squirm at tale of constituent who tried to pull his own tooth out because of NHS waiting times
Next articleCould Frozen 3 Happen? Here’s What Kristen Bell Says