Counting On fans have been on the lookout for signs. Jana Duggar has been in a courtship for years. She was previously linked to Stephen Wissmann, and wedding registries were even created with their names on them. But now, those rumors are calming down. Of course, right after the rumors about Stephen and Jana began fading away, new photos were posted, sparking even more speculation.

Over the weekend, Jana went to a Razorbacks football game and shared a few photos and videos on social media. In her Instagram post caption, Jana writes, “Made the trip to Texas to see the Razorbacks beat the Aggies on Saturday! Such a fun game! 🏈”

In a couple of the photos, fans noticed a young man standing with Jana, and they didn’t recognize him. So, naturally, the courting rumors have taken off again.

In response to the photos, Jana is getting many comments from fans wondering if she’s dating the guy standing next to her. One fan writes, “Does Jana have a boyfriend ?😜🥰”

Someone else writes, “And who’s the guy you have your arm around and sitting next to you? 🤔” Yet another fan jokes, “We see that side hug, Jana! Lol.”

Duggar fans know that PDA is frowned upon, so someone standing so close to Jana is a big deal. Plus, they have their arms around each other in the group photo.

Who is Evan Peters? 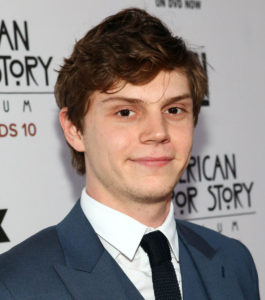 In the group photo, Jana is standing beside a man named Evan Peters. He’s also in a selfie with Jana when they were sitting in their seats watching the game. Internet sleuths did some digging and found that Evan is one of Jana’s cousins. So, this quickly debunks the rumors that she’s courting him.

On Reddit, one user writes, “Lol, I feel bad for Jana if she is standing next to a guy people assume she’s dating them.”

At this point, fans are still hopeful that Jana will fall in love. So, any possible signs of her dating cause fans to freak out. It’s unclear if Jana is courting anyone right now, however.

So, did you think this could have been Jana Duggar’s new love interest? Or did you know he’s one of her cousins? Let us know in the comments section below.

For the latest Duggar family news, check back with TV Shows Ace.

Previous articleEditor Of Films ‘Three Billboards,’ ‘Secrets & Lies’
Next articleHow Much Money Did Kelly Clarkson Lose When Selling Her Home She Shared With Her Ex?