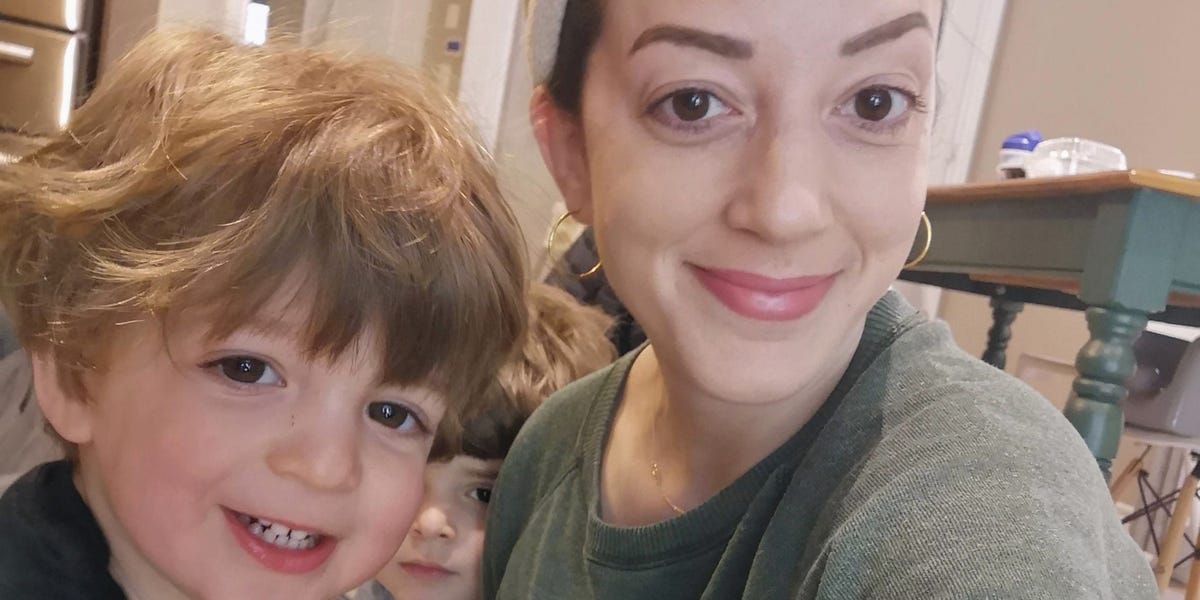 As I was packing the N95 masks for school for my five-year old daughter, I felt nauseated.

We were struggling with the impossible decision of sending our two kids back to daycare and kindergarten after the winter break. Previously, we had been comforted that case numbers were relatively low in Ontario, Canada, where we live and that no one had caught COVID-19 in our kids’ classes. We were used to it.

All that changed with the Omicron tsunami, which ripped through our community.

We were left with no clue about whether our kids were exposed, so testing became almost impossible. We were confused about what to do.

It is exhausting to spend hours trying to figure out what to do with my children after two years of keeping them healthy and safe. We sent them to school. I realized that we would be okay if they got sick.

We were in a lose-lose situation

These were the choices we made: Keep our children at home, sacrifice our mental health, and stop our boys learning and socializing in meaningful ways; or send our kids into what felt like a raging furnace, resigning to sickness, quarantine, and/or both.

After talking to other parents, playing out all the scenarios, and weighing all the risks versus the benefits — something that has become a habit of ours during the pandemic — we decided to send them.

We made the hard decision to take our chances, knowing that COVID-19 would likely be available sooner than we expected. This would give us at least a few days of relative peace. After a long vacation with nothing to do or places to go, we felt it was the right decision for us all.

This choice made me want to vomit. I felt physically sick from the stress of isolation and worrying about my health.

After two years of trying to do everything right and making many sacrifices for our children’s safety, I felt defeated. I felt defeated by all of this. The weight of all the decisions, fears, and uncertainties was overwhelming. I slept that night, my heart racing and wondering if I was doing right. I was angry that there wasn’t a right way.

I dropped them off the next day. It was painful and nerve-wracking. Then came the relief.

I felt relieved to have made our decision and done what was best for our family. It also meant that I could work in peace for a few more hours. It was liberating to release the huge fear and worry that we had carried around for so long, and accept that we will most likely get sick.

Today, I picked up my son from school and saw him running outside, laughing as he chased after his friend through the yard. He told me all the things he’d learned and what new toys he’d played with on the way home. Later, I took my 2-year old from daycare. “I had a good today!”He declared.

Tomorrow morning, maybe we all will wake up with sore throats or drippy noses. Next week, maybe we’ll all find ourselves stuck at home and lose our minds. But, I am thankful for the moments when we are able to get my kids learning and exploring. And for the time that I can just sit and be silent for a while.

Previous articleThe Singer adds fuel to the fire after rumors that Angelina Jolie & The Weeknd are dating.
Next articleCate Blanchett to Star in Pedro Almodóvar’s A Manual for Cleaning Women