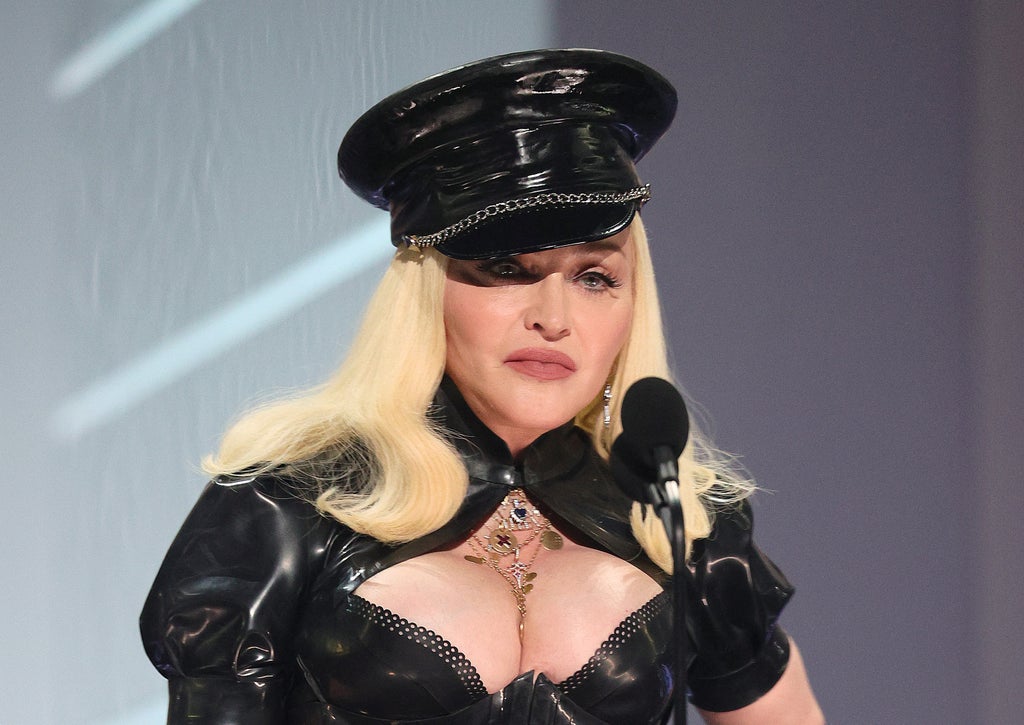 Racy Instagram pictures posted by Madonna were removed, only for her to repost them along with a rant about the sexualisation of female nipples.

The 63-year-old singer yesterday went viral after posting a series of pictures from a steamy boudoir photoshoot that saw her draped across her bed in various states of undress. In two of the snaps her nipple could be seen.

Although fans loved it, it seems Instagram wasn’t quite so enthused.

Having allegedly fallen victim to Instagram’s strict anti-nudity rule yesterday, the ‘Vogue’ singer reshared the photoset along with a caption where she took aim at Instagram and how society views women’s bodies before remarking on how she’s experienced “four decades of censorship, sexism, ageism and misogyny.”

She wrote: “I’m reposting photographs Instagram took down without warning or notification. The reason they gave my management that does not handle my account was that a small portion of my nipple was exposed.

“It is still astounding to me that we live in a culture that allows every inch of a woman’s body to be shown except a nipple. As if that is the only part of a woman’s anatomy that could be sexualized. The nipple that nourishes the baby!

In a nod to Thanksgiving, she added: “Giving thanks that I have managed to maintain my sanity through four decades of censorship, sexism, ageism and misogyny.

“Perfectly timed with the lies we have been raised to believe about the pilgrims peacefully breaking bread with the Native American Indians when they landed on Plymouth Rock! God bless America.”

Dancer Isaac Boots said he “wholeheartedly” agrees with the singer, adding: “Thankful for your outspoken, rebellious, courageous and compassionate art and voice that inspired me as an impoverished neglected gay boy who was encouraged to have no voice.”

He added: “For every detractor you have, you have even more of us who celebrate you and are thankful for you.”

However, others took a different stance.

“She’s become a caricature of herself,” Instagram user @as.mother.nature.intended said.

Instagram user @_carlyjane_ wrote: “You promote sexism, ageism and patriarchy by editing your photos and adding to unrealistic beauty standards of women. I’ll take your opinion seriously again when you walk the walk.”

The argument of editing when critiquing the singer’s Instagram snaps isn’t a new one. In fact, earlier this year she was in hot water after being accused of photoshopping her head onto someone else’s body.

This isn’t the first time this week the singer has sparked debate after posting on Instagram. Earlier this week she shocked fans by posting a picture where a knife is held to her throat.

Instagram’s community guidelines ban nudity, and say that the ban impacts “some photos of female nipples”. Pictures in the context of breastfeeding, birth-giving and after-birth, health-related situations, and acts of protest are allowed.