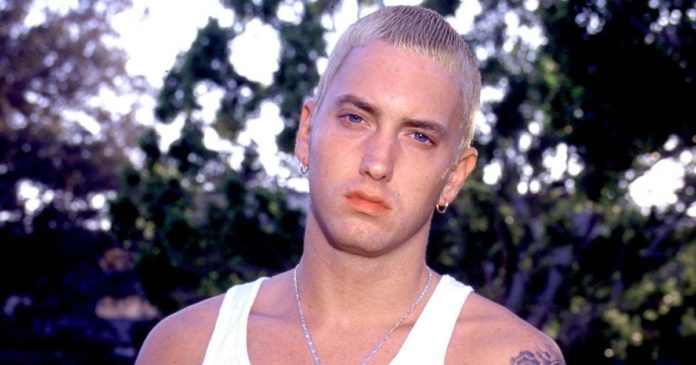 EMINEM may have named his new restaurant Mom’s Spaghetti, but in reality, the rapper has a turbulent relationship with his mother Debbie Nelson.

The pair have been estranged for years following drug and alcohol abuse accusations and lawsuits.

Debbie got pregnant with Eminem – born Marshall Bruce Mathers III – when she was 18 and the rapper’s father abandoned him when he was born.

Eminem and Debbie moved around from Kansas City to Detroit, rarely staying in a house for more than a year or two and struggling financially.

The 48-year-old musician accused his mom of doing drugs in his 1999 track My Name Is.

He rapped: “I just found out my mom does more dope than I do / I told her I’d grow up to be a famous rapper / Make a record about doin’ drugs and name it after her.”

Debbie sued him later that year in a $10million defamation lawsuit, claiming he was slandering her on The Slim Shady LP.

At the time, Eminem’s lawyer Paul Rosenberg said: “Eminem’s life is reflected in his music. Everything he has said can be verified as true.

“Truth is an absolute defense to a claim of defamation. This lawsuit does not come as a surprise to Eminem. His mother has been threatening to sue him since the success of his single ‘My Name Is…’

“It is merely the result of a lifelong strained relationship between him and mother. Regardless, it is still painful to be sued by your mother and therefore the lawsuit will only be dealt with through legal channels.”

In Eminem’s 2002 track Cleanin’ Out My Closet, he claimed Debbie suffers from Münchausen syndrome by proxy – a mental health problem in which a caregiver makes up or causes an illness or injury to the person they’re caring for.

He rapped: “Going through public housing systems, a victim of Munchhausen’s Syndrome / My whole life I was made to believe I was sick when I wasn’t ‘til I grew up, now I blew up.”

And in the song My Mom, he claimed Debbie was addicted to Valium and would put Valium in Eminem’s food when he was a child.

The lyrics included: “The water that I drank, f**kin’ peas in my plate, she sprinkled just enough of it to season my steak.”

He later claimed this was how he became addicted to Valium.

Debbie denied his claims in interviews and later aimed to set the record straight in her 2008 memoir, My Son Marshall, My Son Eminem.

She wrote: “At first I went along with it for Marshall’s sake – if I made one mistake as a mother, it was giving in to my eldest son’s every whim.

“He never knew his father, and I did all I could to make up for it. I wasn’t happy when he made up a whole new life for himself – what mother wants to be known as a pill-popping alcoholic who lives on welfare?

“To tell the truth, I was heartbroken. The lies started coming thick and fast – and not just from Marshall. I think he’s forgotten the good times we had, and this book is my way of setting the record straight.”

Years later, Debbie was diagnosed with breast cancer and their strained relationship improved.

Eminem put their feud to bed in his 2013 song Headlights, in which he talked about his love for her, forgiving her and apologizing for taking things too far.

Although the rapper had trashed his mom in his songs in the past and has been outspoken about their conflicts, the pair came together to shoot the music video for it.

It is currently unclear if the mother and son are still estranged.

Debbie is currently married to her husband John Briggs, has three grandchildren, and is living with a reported net worth of $700,000.

Earlier this week, Eminem named his hometown restaurant Mom’s Spaghetti – in reference to a lyric from his song Lose Yourself.

Fans were outraged over the high prices for the takeaway menu – which features four items and lists spaghetti with meatballs for an astonishing $12.

Other takeaway dishes include vegan spaghetti for $14 and a spaghetti sandwich for $11.