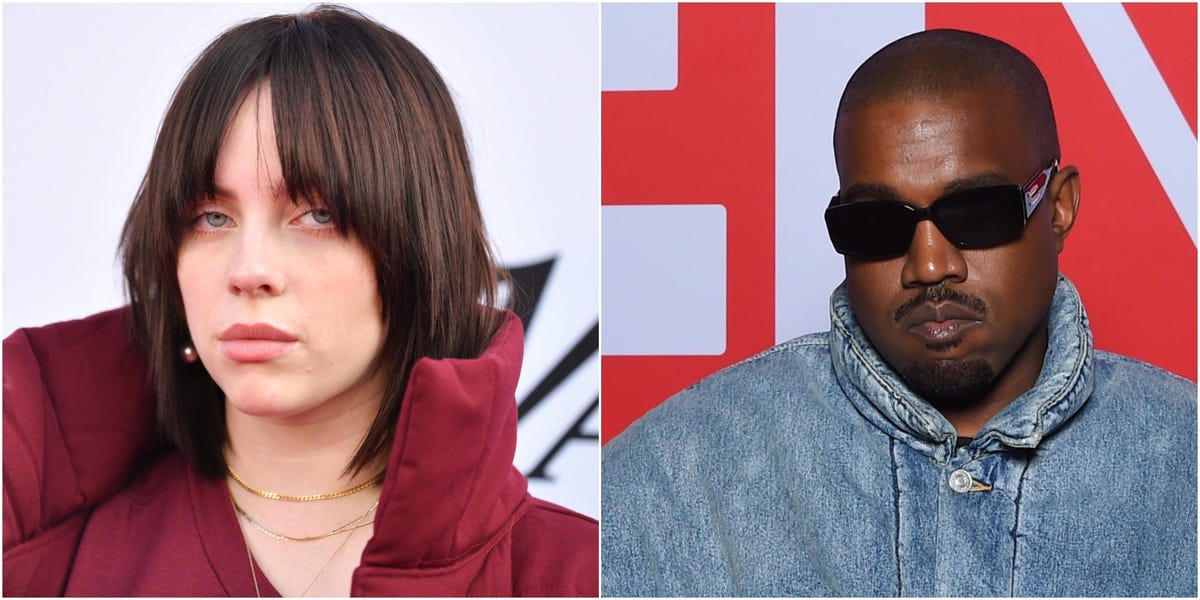 Ye — who is set to headline Coachella later this year — said he won’t perform unless Billie Eilish apologizes to Travis Scott, who she alluded to during her concert Saturday.

Eilish noticed a fan in the crowd at her “Happier Than Ever” tour in Atlanta was distressed and brought the show to a halt so her crew could bring the fan an inhaler, Insider previously reported.

“Do you need to come out, or are you OK? Are you sure?” Eilish asked before mouthing, “I love you,” according to videos.

In another video published by TMZ, Eilish can be heard telling the audience, “I wait for people to be OK until I keep going.”

In response to Eilish’s remarks, Ye posted on Instagram, asking Eilish to apologize to rapper Travis Scott and saying he wouldn’t perform at Coachella unless she does. Ye seemed to believe Eilish had been dissing Scott, who continued to perform during a deathly crowd crush at his Astroworld Festival in August. Ten people died during the concert as attendees surged toward the stage.

“Come on Billie we love you please apologize to Trav and to the families of the people who lost their lives,” Ye said in an Instagram post Thursday.

Ye claimed in his post that Scott “didn’t have any idea of what was happening” when he was performing.

He then added that Scott will be with him when he headlines Coachella in April, but he needs “Billie to apologize before I perform.”

Less than two hours later, Eilish replied to Ye’s Instagram with her own comment, emphasizing that she didn’t mention Travis Scott’s name during her own concert.

“Literally never said a thing about Travis,” the singer wrote. “Was just helping a fan.”

Previous articleYouth Referees in Tennessee Say Combative Parents Make Their Jobs More Difficult and Positions Harder to Fill
Next articleJoe Millionaire’s Kurt Sowers May Be ‘Completely Screwed,’ But What About Steven McBee?