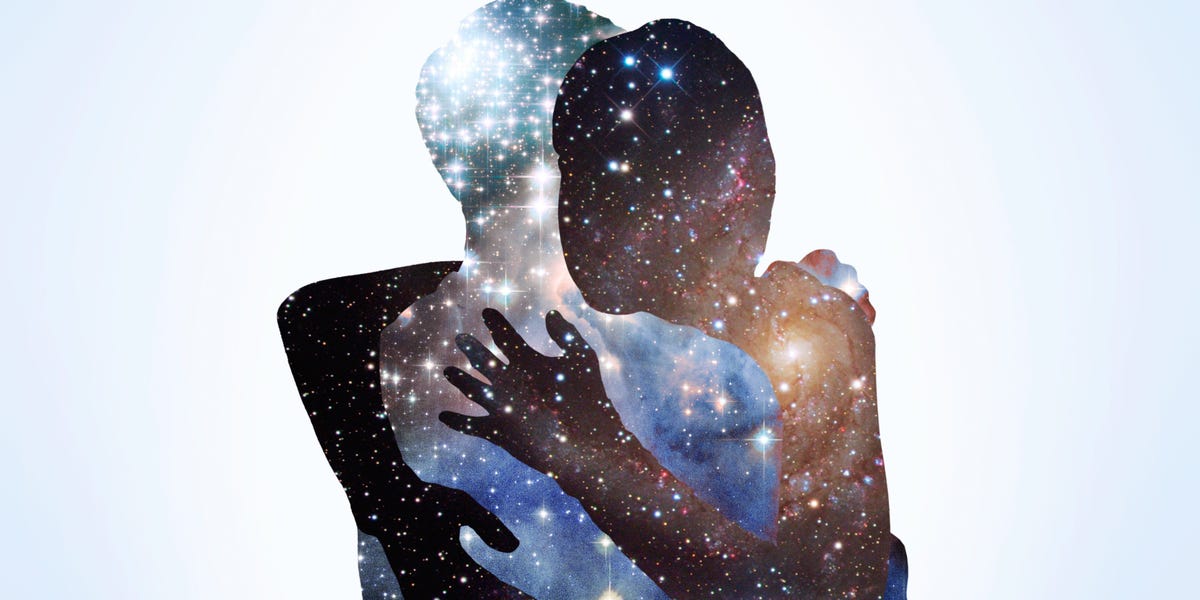 As I waited to board my flight to Miami for the first-ever Goop at Sea cruise, I pulled out my phone, and checked Tinder. It was my first use of the dating app. I had downloaded it earlier in the week, three months after ending a 10-year-long marriage.

I stepped onto that cruise ship, my first big trip since becoming single, just as I was taking my first tentative steps into the world of online dating. Since I was 17 when my long-term love began, dating apps were something I hadn’t seen before.

After two months of deep grief, I started to think about how I could meet new people. I knew that the more I waited to use dating apps, the more scary it would be. So I’d downloaded Tinder and started chatting with a mélange of handsome strangers. It was still a difficult decision to go on my first date after ten years. It was hard to shake the feeling that I wasn’t ready.

The cruise’s instructor, Dr. John S. Smith, taught me intuition classes. Deganit nuur is a Goop-commissioned, clairvoyantThe perfect timing was right for me. I didn’t attend the cruise looking to mend my heart — in my mind, this would be a happy distraction.

It became a guiding light in my love life to my delight.

I felt more at home after taking four classes with Nuur. They involved guided meditations in small groups. I actually took one class.

This led me to realize that I was ready to be a part of a new relationship.

During 2 guided meditations, I was able to connect with my intuition.

Nuur was the first person I met. She sat alone in the boat’s auditorium.

I sat in a group of 20 women as Nuur explained to me what intuition was.

Nuur shared that she has used her intuition in more than 22,000 sessions to assist thousands of clients. Nuur stated that she’s now putting those one-on-1 sessions on pause in order to help others tap into her inner voice. It can help you live more intentionally.

“We are all born intuitive. It’s the music between the songs. It’s a whisper,”Nuur spoke of the concept before we jump into the first of two guided meditations that will help us tap into our intuitions.

During meditations, I cried out and let go of fear and anxiety. After the meditation, I felt grounded and more in touch with my emotions.

Although I don’t believe in manifesting, the imagery exercise was quite powerful.

Nuur reports that 80% of ex-clients have asked whether to continue or end a romantic relationship.

When I had to test my intuition and silently pose a burning question to me, I decided to also explore romance.

Nuur told me to close my eyes and observe each flower one by one. My lavender spring, symbolizing my abstinence from dating, withered and died. My return to dating was symbolized by the sunflower that bloomed. It grew so tall that I had to place it on the balcony of my apartment.

While I am not a believer in crystals or manifesting, I felt that the image I imagined was a part of my intuition.

Deep down I knew that I wanted to go out with someone again. I discovered that I value romance and intimacy, so dating could be a way for me to experience the human connection that I was looking for. Fear of dating horror stories or hearing from friends led me to stop myself.

It was a beautiful sight to see the sunflower grow in my mind. I felt confident and vibrant.

After class, we headed to the buffet at the boat. There, we ate fajitas while swiping left and right.