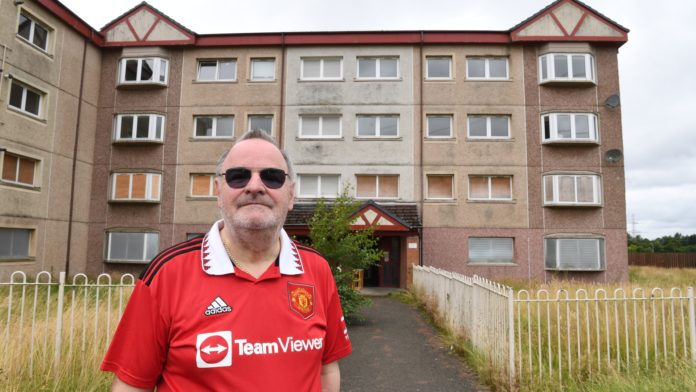 A DAD lives on Britain’s most isolated street and refuses to move, despite his attempts to be paid by the council.

Nick Wisniewski is 66 and has no neighbours in Stanhope Place.

North Lanarkshire Council told him they want to redevelop the area – offering Nick £35,000 to flatten his block.

The area is overgrown and neglected, with many abandoned properties boarded up.

Nick, who lives alone with his 35-year old son, won’t budge. He claims that the council’s offer is not enough to allow him to purchase a property elsewhere.

The homeowner informed the Daily Record: “I’m in the only occupied house in the whole street and it’s been that way since the end of December. 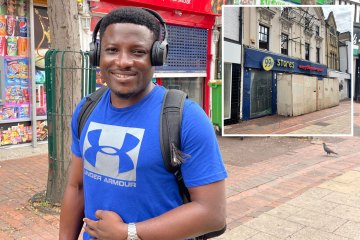 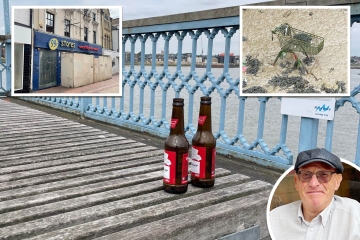 “The height of the grass is ridiculous – at the other side of Gowkthrapple the blocks are all empty but they are still cutting it over there.

“There’s no security and people could get into the empty flats.

“There’s lots of windows been broken. “Eventually, eventually.” [the council]I started to board the two lower levels. Thankfully I’ve never had any bother yet.”

Nick bought his flat over six years ago, under the auspices of “Right to Buy”scheme, before it was terminated in Scotland.

This initiative was designed to assist council tenants in purchasing their homes at a reduced price.

Nick, who has been with TSB for over 20 years, retired last year and isn’t in a place to purchase elsewhere.

He explained: “I bought my flat as I didn’t want to be paying rent for the rest of my life.

North Lanarkshire Council offered him alternative accommodation, but he declined.

He stated that he was offered a room for two years rent free, but that he is now retired and has not paid a mortgage in many years, so he doesn’t understand why he should have to pay again.

Nick said: “The council said they can’t offer me a penny more. They are talking about a Compulsory Purchase Order but that’s a last resort.

“If they make me something decent, maybe my son and I could get a mortgage.” I’m too old for a mortgage now.” 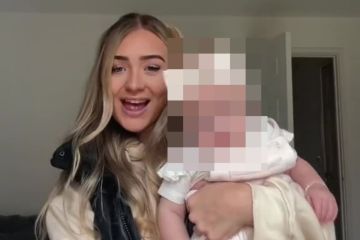 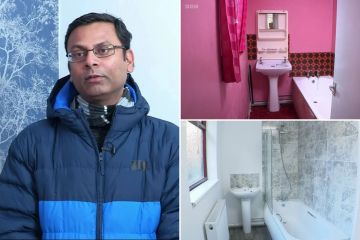 A spokesperson for North Lanarkshire Council said: “We fully understand this is a sensitive issue and are working closely with the resident.

“It would not be appropriate to discuss the specific financial details, but we are working in accordance with our policies to ensure the resident receives a fair deal and to support him so that he finds suitable alternative accommodation.”