I Breastfed My Friends’ Babies and Will Never Forget the Connection 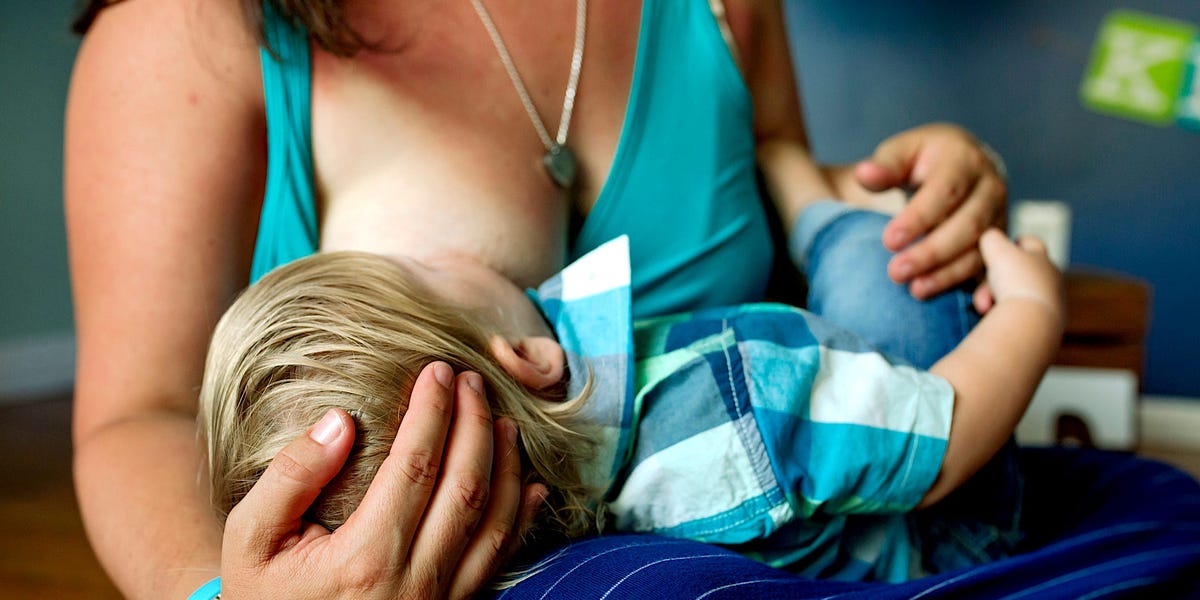 I nursed someone else’s baby for the first time in 2010 when my oldest son was about 6 months old. I’d offered to help my best friend, who’d hit that ugly wall of motherhood with her 2-month-old. She felt tired, and she was tired — of everything. Nursing someone else’s baby hadn’t really crossed my mind. But when it looked like a good solution, I met it with a shrug.

Breastfeeding had always been important to me. I cherished the sheer closeness of feeding a child; I loved those quiet moments drawn down to nothing but two people bound by milk, freely given, greedily taken. There’s a magic there, a trick of love or hormones, of perfect baby scent and full arms.

I miss nursing my sons the most, of course. But I also miss those other babies that were handed off to me. I miss the trust their mothers had in me, and I miss that little extra bit of love I had to give. As I nursed that handful of other babies, they became, for a moment, strangely mine; the moment of nursing narrows everything to quiet intimacy.

No matter how acrobatic, fussy, or rushed, for what might be just a slivered moment, breastfeeding touches something primal. It’s a deeply human act, one that crosses cultures, traditions, and time. When I shared that moment with someone else’s baby, I shared something precious.

That’s not a connection I will ever forget.

The first time I nursed someone else’s baby

That first baby I breastfed was my godson. His mother was touched out and miserable; we told his father to bring him over. If he needed to eat, I said, I could nurse him, and if he wouldn’t nurse, the father could simply take him home since they lived close by.

After a bit of narrow-eyed suspicion — it’s amazing how suspicious of a look a 3-month-old can muster — he latched on happily. I cradled him on an old Boppy pillow, his head on my arm, my hand on his back. He nursed on one breast; my 6-month-old son woke and nursed on the other. I switched them back and forth all evening while my friend took a much-needed breather from motherhood.

My godson nursed differently, but it wasn’t strange. He was a baby, like any other baby, like my own son. My son didn’t appear to mind sharing boob space with his future buddy. I kept one breast for my godson and one for my son. Everyone had enough.

Years later, I breastfed his younger sister. She was the last baby I nursed who I didn’t birth myself. Our kinship ran so deep that my sons could not marry her, I thought. Milk bonds could be that strong. They were now like brother and sister because they had drank the same milk, nursed from the same breast.

My babies were also fed by my friends

My friends nursed my children for the same reasons I nursed theirs: I needed help. Once my oldest had a near-anaphylactic reaction and had to be rushed to the emergency room; my godson’s mother nursed my younger son while we were at the hospital. If I had a doctor’s appointment, a date night, a work commitment — friends stepped in and took care of my children.

We shared a special kind of unity, trust between women, love between a woman and a child not her own. It’s the kind of unity that binds people together and stitches up societies. It sends you running with a casserole when someone’s got the flu; it brings you to a child’s dance recital. You care, long after the deed is done.

Those babies have stayed special. I’m grateful for their mothers’ trust. And years later, I can’t help but remember them with love. And a little wistfulness. But mostly with love.

Which episode features Wednesday dancing? Where to look for the famous scene

Which episode features Wednesday dancing? Where to look for the famous scene