How quickly could #FreeBritney be realized?

At a Los Angeles probate court hearing on Wednesday, a judge in the pop star’s dramatic conservatorship case dismissed James “Jamie” Spears from his contentious 13-year role as his daughter’s financial guardian and set a Nov. 12 date for a new hearing that could close the case.

The court named California accountant John Zabel as the temporary conservator of Spears’ finances, as requested by the singer’s attorney, Mathew Rosengart.

The period between now and and the next hearing is critical to Spears’ quest for freedom, legal experts tell USA TODAY. In the coming weeks, Zabel, through his fiduciary interactions with Spears, will get a sense of her ability to manage her affairs and then can offer the judge evidence to dismiss him as unnecessary at the next hearing. Or not.

The latest:Britney Spears’ father suspended as conservator of her estate, judge rules

“All eyes are on this temporary conservator now, because he could come back and say, ‘Look, I’m not biased at all, but this doesn’t look good’ or ‘I’m not needed here,’ ” says Holly Davis, a family lawyer and legal analyst at Austin, Texas-based law firm Kirker Davis. “But the standard here will be, are things so bad that she can’t function on her own? This doesn’t seem to be the case.

There is also the matter of professional conservator Jodi Montgomery, who was hired to help Spears with decisions related to her personal life, Davis says. That individual “also will have to agree that Britney is OK” for the judge to end the conservatorship at the next hearing.

Spears has flip-flopped on Montgomery’s presence in her life, at one point pushing back only to say in July that she wanted to keep her on.

The question remains whether the court would require a psychological exam. Spears has repeatedly said she would not undergo such a test again, even though it would be the fastest way to allay concerns about her mental status.

The singer suffered a very public breakdown in 2007, alarmingly played out before the paparazzi who captured her behaving erratically. Given that Spears’ troubling behavior triggered the conservatorship in the first place, the judge might insist on such an exam.

There’s a gold rush on Britney Spears documentaries.But are they helping or exploiting?

“While the fact that no one is now contesting the end of the conservatorship might suggest it’s all very straightforward, the court could also say that, after years of records saying Spears was unfit to handle her own affairs, it would need some demonstration that things have changed,” says Troy Martin, a trust and probate matters expert at Los Angeles-based Lurie, Zepeda, Schmalz, Hogan & Martin. “It shouldn’t be that hard to find a doctor to examine her and find she’s capable of handling her own affairs.”

But as that particular matter did not come up in Wednesday’s hearing, Davis says odds are now good that the court will no longer require it.

In the end, says Davis, “this all can go either way based on Britney’s behavior between now and Nov. 12.” 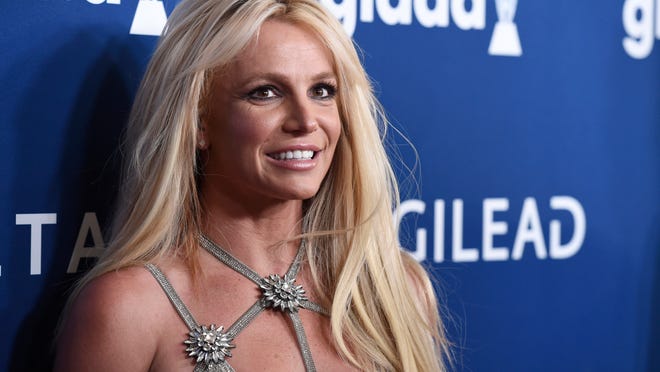 There remains the possibility that when that date arrives, the judge decides not to end the conservatorship but instead to phase it out more gradually.

“Maybe they’d decide to come back in six months and re-evaluate things. But really, we’re in uncharted territory here,” says Martin. “Generally, these sorts of conservatorships are for people who are very old, have mental competency issues and are not likely to get better.”

As for how such a half-speed conservatorship might work, Martin says that Spears could be granted “supported decision making,” where Spears has advisers who recommend a variety of options related to anything from her finances to therapy, and Spears makes the final decisions herself.

“That’s an exciting thing to see, and it’s often talked about but rarely put into play,” He said. “The downside is what if an adviser recommends one thing, and she decides to do something harmful to herself? Who has the power to stop her then? No one, really.”

If Spears can show the court she is mentally fit to handle her own affairs, the conservatorship should end promptly, Davis says.

“Last time I checked, tons of Hollywood celebrities were doing crazy things with their bodies, their money, their families, their sexual partners, and yet none were the subjects of the state of California,” She said. “So really, for a young person like Britney, there should be an end date for a guardianship. These things really are mainly for people with severe disabilities.”

Davis says Spears is most likely to follow in the footsteps of just about any other wealthy individual and hire a “team of individuals who can manage her finances and advise her on a range of issues, but not control her.”

In the end, the Spears case may wind up being less about the fate of a young star who spun out of control in adulthood, and more about how a critical eye needs to be trained on the issue of conservatorships, says Davis.

“(Britney’s father) hired tough attorneys who have pushed the boundaries of how we interpret guardianship laws, which has led us to this point where we’re having a national dialogue about what seems appropriate and what isn’t, and what you do when there appears to be a conflict of interest,” She said.

“It just so happens that it’s an all-American sweetheart bringing this matter to the national spotlight, but how many others are going through something like this?” 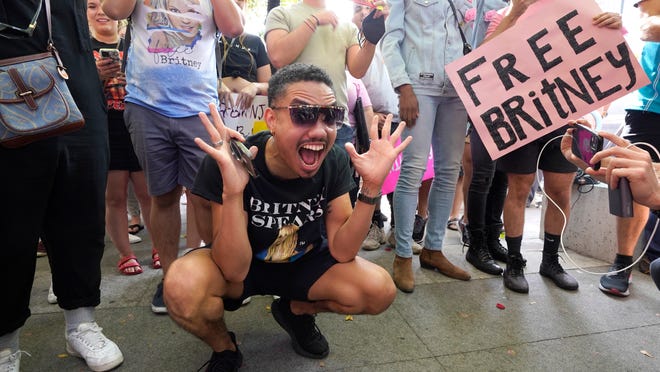 Previous articleDid Danny Leave ‘A Million Little Things’? Here Is Everything You Need To Know
Next articleRemembering Every Detail of Justin and Hailey Bieber’s Dream Wedding