How Many Grandchildren Does Whoopi Goldberg Really Have? 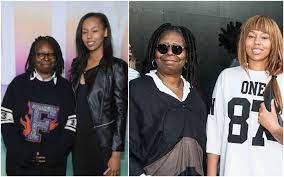 Whoopi Goldberg married her first husband, Alvin Martin, in 1973, a union that lasted until 1979, according to BET. The same year they tied the knot, the couple welcomed a daughter, Alexandrea Martin, per CBS News. Goldberg was just 17 years old when she gave birth to her first and only child. Alexandrea herself became a mother at a young age, giving birth to daughter Amarah Dean on November 13, 1989, when she was just 16, according to Bio Gossip. That means that Goldberg became a grandmother for the first when she was just 34, as Hello! magazine pointed out. 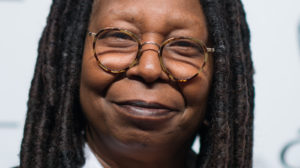 Alexandrea went on to have two more children with husband Bernard Dean, a daughter, Jerzey, born in 1996, according to her Instagram bio, and a son, Mason, born in 1998, according to Closer Weekly. Jerzey is an aspiring model and a fashion designer who founded the brand Jerzey Kennedy Designs, with a presence in Los Angeles and New York. Mason also followed in his grandmother’s artistic footsteps and is making a name for himself as a musician, according to his Instagram page. 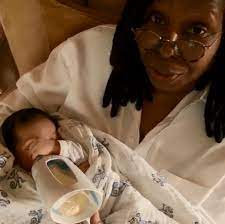 On a segment of The View in 2015, Goldberg described the moment Mason realized his grandma was the Whoopi Goldberg. “We were in the car once and there was a big billboard of me and — he must have been 5 — and he just went, ‘You’re Whoopi Goldberg!'” Goldberg recalled. “And [Alexandrea] was like, ‘Yeah, that’s granny,’ and he was like, ‘I didn’t know!'”