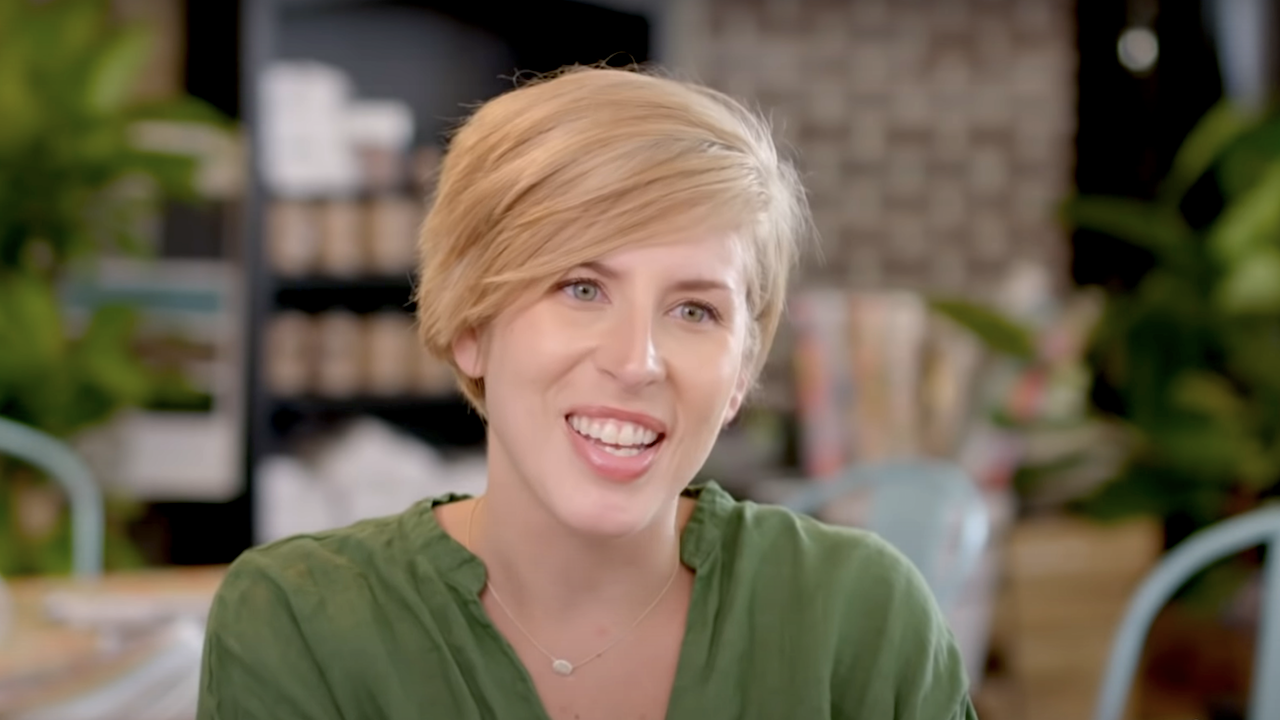 It is very easy for a lot of people to become very attached to their routines / ways of doing things, and not switch up their life very often. Maybe you fell into a pattern of eating the same thing for breakfast everyday or taking the same path to work, but, for Home Town host Erin Napier some of her patterns are very different from what many of her fans could likely imagine (though Napier did recently take a relatable break from social media). Now, though, Napier has bravely broken new ground when it comes to those routines, by traveling to a live TV interview without her fellow HGTV star husband, Ben.

Why Did Home Town’s Erin Napier Do An Interview Without Ben?

When one becomes a TV star, a large part of one’s working life will be dedicated to promoting the show one is known for, and that’s been the case for Erin Napier since Home Town started back in early 2016. Of course, as her fans will know, that HGTV fame also came with Erin’s husband, Ben Napier, who co-hosts the ever-popular home renovation series with her. That meant that Erin Napier was always interviewed with her husband, but now she’s promoting her new children’s book, The Lantern House, and had to strike out on her own to tell everyone about it on Good Morning America.

How does that count as two firsts for Napier? Well, just take a look at her Instagram post, where she explains it all:

WOW! Obviously, it makes a lot of sense that Napier wouldn’t have done a live TV interview without her husband before, seeing as how those are always about the show they work on together or their family (which includes parenting the couple’s young daughters, Helen, 4, and Mae, 1). But, who would have guessed that Napier’s never even traveled without Ben? I’m going to assume that she means she hasn’t traveled without him since they’ve been together, but if you count the time they dated before marrying, that still takes us back to late 2004!

This might sound completely wild to a lot of people, but it’s probably not that uncommon. Many busy couples likely don’t have the time or money for a couple / family trip every year plus additional solo vacations or trips with specific groups of friends that their significant other won’t be a part of. After all, the Napiers do have several businesses, Home Town and the growing franchise that’s being built around it, and their girls (whose faces they hide on social media and their show) to think about, so it’s probably just easier for them to travel together so they get in enough family time, whether those are also working trips or not.

Having acknowledged that, however, maybe this new experience will convince Erin Napier to at least take a weekend girls’ trip without Ben at some point. As you can probably imagine, her GMA interview went well, and with Napier writing another book without her husband (the Napiers wrote Make Something Good Today: A Memoir, which was released in 2018), she might just have to get used to this sort of thing.