Basil Hoffman, who had more than 200 credits in television and movies and on stage, has died at the age of 83 his manager has confirmed 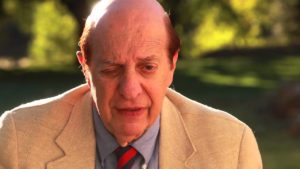 Basil Hoffman has died at the age of 83.

Brad Lemack, the veteran actor’s manager, confirmed that the star who had over 200 credits on television, on-screen, and in movies, has died.

As yet, the cause of his death is unknown.

His recurring roles in TV shows, such as Hill Street Blues, made him well-known.

He was also known for his roles as Joshua Friendly on Santa Barbara and Principal Dingleman in Square Pegs.

Brad said on social media: “Sad news to report today on the passing of my longtime client (40 years!) & friend Basil Hoffman. Basil was a prolific, career character actor who earned over 200 credits in film, television, and stage. 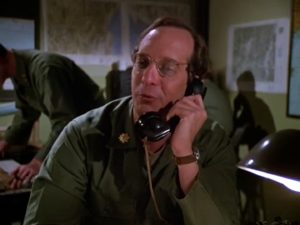 The Houston-native was credited with appearances in Academy Award-winning films Ordinary People and The Artist, while he also featured in small roles on titles such as Close Encounters of the Third Kind, Hail Caesar!, and All the President’s Men.

On the small screen, he appeared in hit series such as Seinfeld, Marcus Welby, M.D., M*A*S*H, The Waltons, Murder, She Wrote, and The West Wing.

Basil was most recently part of Lucky Louie, a faith-based comedy that is currently in post-production.

Throughout his decades-long career, the actor worked with many Academy Award-winning actors including Dustin Hoffman, Liza Minnelli, and Christopher Walken.

After his death, tributes pour in on social media for the actor. 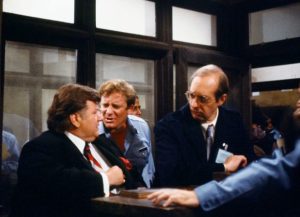 Basil in an episode of Hill Street Blues.

One fan wrote on Twitter: “Sad News. MASH alumni Basil Hoffman has passed away at the age of 83, much love to his family.”

And a third said: “I Have Lost A Great Friend In Basil Hoffman Today. He Was Tremendously Kind & Talented. He Will Be Dearly Missed For Many Years To Come.”

Nick Knowles slams BBC for taking down one of his ‘highest rated’ shows from iPlayer.
Where iconic 1990s supermodels are now after Linda Evangelista’s botched procedure.