Thomas Markle is once again running his mouth about his daughter Meghan Markle. He’s not happy about her and Prince Harry getting featured on the cover of Time 100. This is another discouraging episode in the saga between father & daughter. Here’s what he said.

The story of Thomas and Meghan Markle is long, sad, and well-known. As a child, Meghan used to accompany her father to the set of Married…With Children. They were close until Meghan’s wedding to Harry when Thomas attempted to use his relationship with Meghan to gain more media attention. He was not present at her wedding and even sold confidential letters to the tabloids. Meghan rarely speaks out about her father. He keeps his public profile low, but he often talks about Meghan. 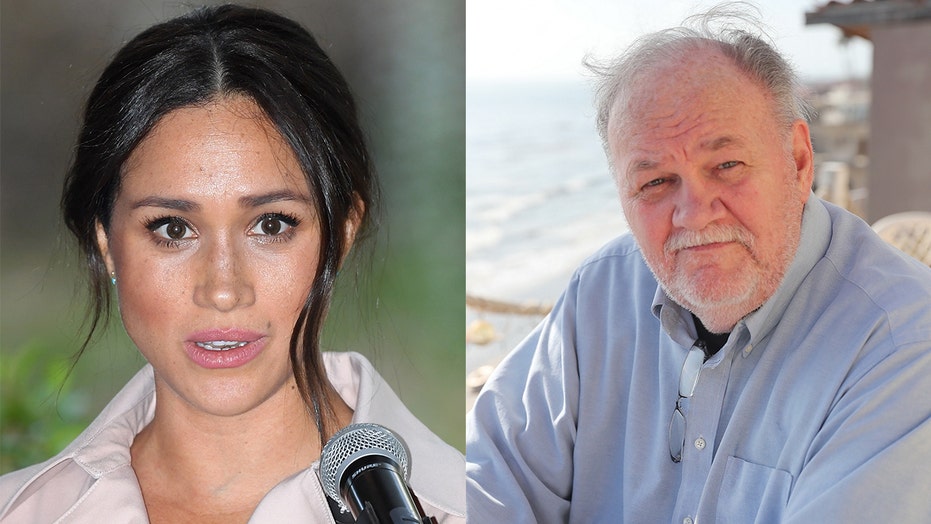 Meghan and Harry graced one of the covers to Time 100 earlier this month. The cover featured a beautiful essay by Jose Andres about their many charitable efforts. You would expect a father to be proud of his children in such a situation. Not Thomas Markle.

Thomas was seen browsing the magazine this week, only to put it back on the shelf. According to Fox News, he remarked: “Well, that is only Time Magazine’s opinion, there are far more influential people, like the Queen.” Thomas’s promotion of Queen Elizabeth is rather bizarre. Although it sounds like an attempt to promote the royal family rather than the Sussexes, Harry and Meghan are passionate about Queen Elizabeth. They named their daughter after her as evidence of her majesty’s influence.

It should go without saying that Time 100 isn’t a ranking of the top 100 people on the planet. It’s hard to believe that anyone could ever make a ranking. It’s not a list of heads of state, billionaires, and international tastemakers. There’s a certain prestige to being featured in its pages, but it’s not a ranking. Thomas may be trying to hurt his daughter’s feelings by citing that he doesn’t think they are influential.

Do you have a response?

Don’t expect Meghan to respond. She’s got no social media presence whatsoever and usually responds to her father with quiet dignity. These outbursts have become more common.

In July, Thomas made a concerning appearance on Fox News where he, surprise surprise, trashed the Duchess of Sussex. He claimed he would take her to court to get legal visitation rights to his grandchildren, but he doesn’t appear to be legally eligible for such visitation. Back in 2018, Woman’s Day claimed Thomas and Meghan Markle would reunite courtesy of Oprah Winfrey. It hasn’t happened, which is a bit of a disappointment. After all the pain he’s caused, it would take a miracle for the Markle’s to reunite.

Previous articleWhat is the TikTok Berries, Cream Trend?
Next articleTravel blogger reveals you can ACTUALLY lift the aisle seat armrest in a plane