How do you feel about binge-watching a true-crime documentary? How interesting would it be to hear from the ordinary people who pulled off the three biggest heists in modern American history? Are you up for it? Then you should definitely check out the true-crime documentary series “Heist’ now streaming on Netflix.

Heist is coming from the Emmy nominated director Drek Doneen and the producers behind the Oscar-winning Best Short Film “Two Distant Strangers”. Netflix has always delivered when it comes to thrilling heist stories- be it movies, series or true crime documentaries. Heist is yet another gem from the group. 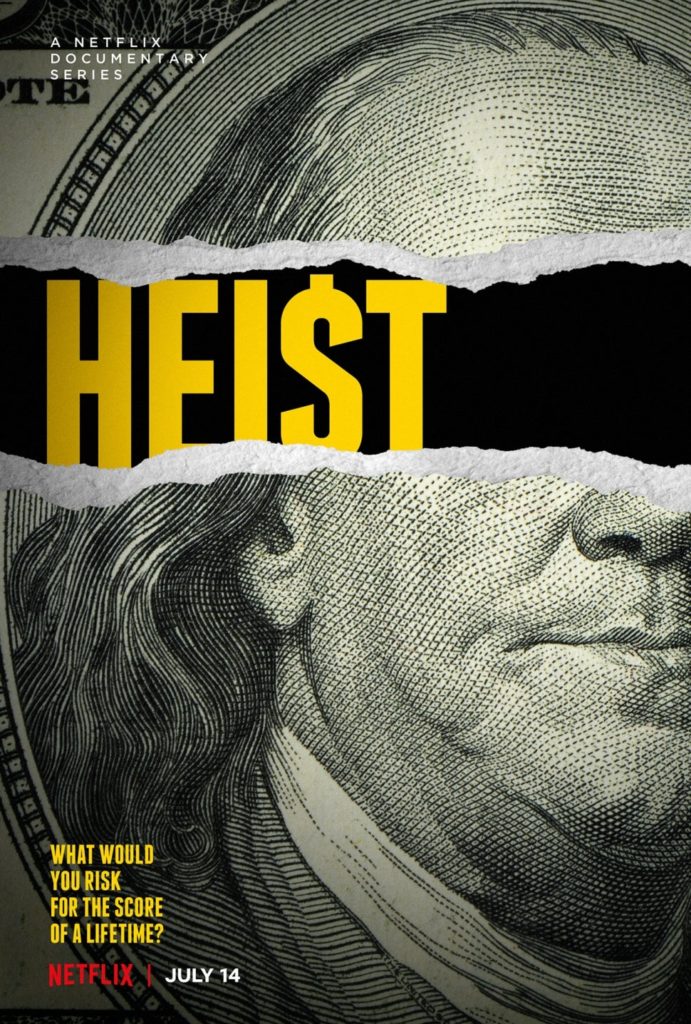 What is the plot of Heist Season 1?

Viewers of Heist get to see how the subjects select their targets, the precise and conscientious planning that goes behind each of their steps, the luscious glory that success brings, and also the errors or loopholes they left, leading the investigators to the truth.

Heist is a series beyond the expectations of a normal documentary series. The three heists that took their place in history leaves the viewers stunned. More than the action and drama, Heist would satisfy the hearts of a true crime fan.

How many episodes are in Heist Season 1?

The true-crime documentary series Heist on Netflix has a total of six episodes in Season 1. Each story, which means each heist is told over two episodes, and the whole of it is woven into a series powered by dynamic reenactments, original interviews, and a fast-paced style.

To get to see the people who actually pulled this off, seeing them engaged in emotional conversations with their family members, accomplices, and even the law enforcement officers who brought them before justice, Heist is going to be a different experience for the viewers.

Where to watch the true-crime documentary series Heist?

Heist is now streaming on Netflix U.S. The series will be open to other Netflix regions on 14 July 2021. Oh wait, today is the 14th! You can now go and watch the brilliantly made true-crime documentary series on Netflix.

Is there an official trailer for the Netflix documentary series Heist?

Will there be Heist Season 2?

The first season of the Netflix documentary series Heist has three huge heists to unravel to the viewers. Six episodes are said to cover the stories taking two episodes each. So the question remains. Will there be a Season 2 to the Netflix series Heist? Well, we are not sure about that. The series, Heist was released with the intention to chronicle three of the biggest heists the world witnessed. So, Season 2 is not in the picture right now. But you never know. If Season 2 is in the planning phase, we’ll bring to you all the updates regarding the plot and release date.

Until then, why don’t you share with us in the comments how you feel about the tagline of the series: “What would you risk for the score of a lifetime?”