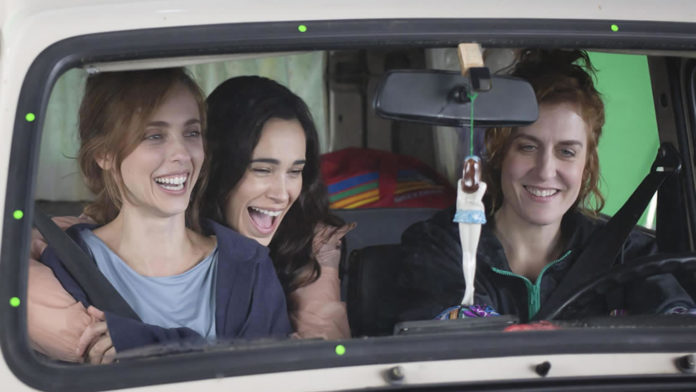 Season two of Leticia Dolera’s award-winning dramedy series “Perfect Life” (“Vida Perfecta”) will stream on Movistar Plus by November 19, said Movistar exec Susana Herreras who recited a list of European territories where the series would be available.

“Perfect Life” was among the three new series that kicked off the Iberseries Platino Industria showcase in Madrid.

“Our partner HBO Max will be streaming it simultaneously in the U.S. and Latin America,” She stated.

The series has also sold to RTL in Germany, France’s M6 and Poland’s Canal Plus. We will soon add more deals.

“Narratively speaking, the series ends here in season two but we’re open to a third season; We’d be delighted if it continued, but it’s not up to us,” She said this before turning to Dolera, her co-writer Manuel Burque and the creator of the film at the press conference.

Produced by Movistar Plus in collaboration with Corte y Confección de Películas, “Perfect Life” charts the ups and downs of three women friends in their 30s played by Dolera, Celia Freijeiro and Aixa Villagrán.

The 2019 Canneseries TV Festival awarded the best special performance prize to all three of them. It also won the best series award.

The second season starts six months after the end of season one, which also played on HBO Max, where Dolera’s character, Maria, finds out that her drunken tryst with a mentally incapacitated gardener has left her pregnant.

The first scene opens with her carrying a box into a warehouse where she tells the clerk that she’s like to return something. He finds a perfectly-formed baby in the box. She awakens from her dream and looks at her baby beside her in the crib. It soon becomes quite clear that she’s struggling to connect with her child and her best friend Cris, who notices telltale signs of post-partum depression and tells her to get some help. Maria doesn’t agree. Cris and Pablo, her husband, are looking for new ways to bring excitement to their marital life. Gari, the gardener, wants to get a driver’s license so that he could drive and help out more.

“I felt a need to delve into the issues of postpartum depression or anxiety, as well as the demystification of motherhood and the difficulty a couple faces after their marital crisis has passed,” Dolera said this during the Madrid presentation.

Likewise, Dolera explained that Gari (played by Enric Auquer) “is not going to be able to escape from his disability” and “is going to have to face fatherhood,” so the series is about the difficulties a person with a disability faces when assuming his role as a father, she said.

Season two sees two new characters, Gari’s girlfriend, Sara González. “It has been wonderful working with her, if anyone can speak about disability in the first person, it is Sara,” said Dolera.

Dolera consulted a number psychologists in order to create a story about a woman who has to face a motherhood that is different from what she imagined. “Many women face motherhood with guilt because it is not as wonderful as they thought,” She agreed.

For his part, the actor-writer Burque admitted that it wasn’t easy to write season two. “We made an effort to not repeat the storyline of the first,” He said.

Maria’s existential crisis partly stems from writing and filming during the pandemic, one of the first shows to shoot late last year, he said.