Good Newzz has collected around 12.0 Cr on its 6th day. This film’s collections got better due to New Year. Also, This film got  Salman Khan’s Dabangg 3 in the competition which was released on 20th December 2019. This film had an overall occupancy of 21.65% on Wednesday. 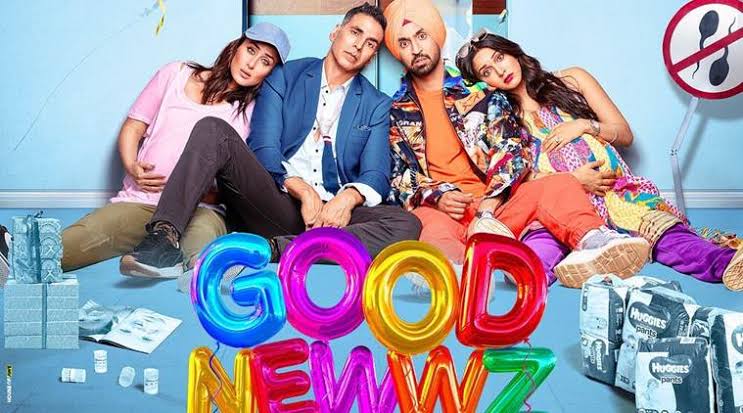 This film’s overseas collections so far are around 33.0 Cr while, in India, the Gross collections are 84.0 Cr. As it is a holiday, the evening and night shows are getting more occupancy than the morning and afternoon shows. Also, according to the reports, This film collected around 115 Cr Worldwide.

Good Newzz is the fourth film for the banner “Dharma Productions” in 2019 after the films ‘Kesari’, ‘Kalank’, ‘Student of the year 2’, and ‘Drive’. The production house, once again, got a huge hit with Good Newzz after Kesari. It is known that Akshay Kumar has already signed two films Laxmmi Bomb and Sooryavanshi with the banner “Cape of Good Films” which will be released in 2020.

This film got more opening collections than Akshay Kumar’s Previous films of 2019 ‘Kesari’, ‘blank’, ‘Housefull 4’. Also, this film may have chances to become as highest weekend collections for Akshay Kumar.

Good Newzz is the 5th film for Akshay Kumar in this year after some good films like Kesari, blank, mission mangal and Housefull 4. Akshay Kumar’s previous ‘Housefull 4’ has collected around 280.0 Cr on its full run. As of now, the film good newzz is expected to collect 200 Cr.