Barcelona midfielder Sergio Busquets has admitted that sacking the club’s manager Ronald Koeman would be “the easiest thing” after the side’s Champions League defeat at Benfica but called on all players to take responsibility.

Veteran midfielder Sergio Busquets has admitted that the situation at Barcelona is “critical” and claimed “the easiest thing” would be to sack boss Ronald Koeman.

Catalan giants fell to a three-goal defeat at Benfica in Lisbon, Wednesday night. This left them without a point after two Champions League matches.

It was the first time in the club’s history that they had lost each of their opening European matches and puts their position of advancing into the competition’s knockout stages in jeopardy.

The underfire boss Koeman managed the draw against Cadiz and Granada in La Liga last week. This led to more scrutiny of his position, despite a victory at home to Levante.

Benfica defeated the beleaguered Blaugrana 2-0 with two goals from Darwin Nunez, and one from Rafa Silvia. They have now conceded six goals and scored none in the group stage. 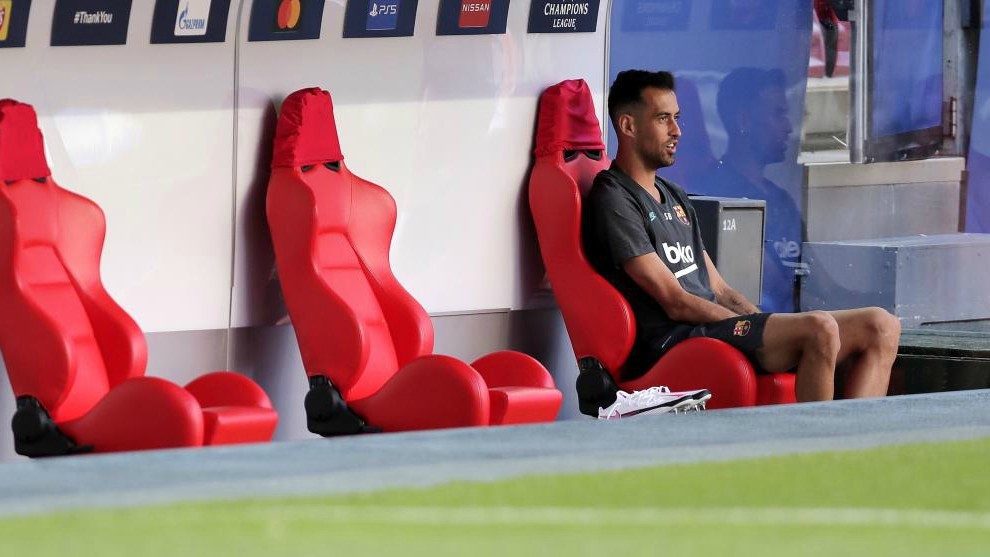 A bad night for Koeman’s side was rounded off with a late red card for central defender Eric Garcia, whose error-strewn performance ended with a second yellow card.

The talk on Koeman’s position will now only ramp up further after the latest calamity but Busquets has added that the run of results and performances is the responsibility of everybody at the club.

Busquets claimed that the situation at the club “is critical” and went on to analyze his side’s heavy loss in Lisbon.

The midfielder explained on Spanish TV: “It is difficult to explain. At the end where the games are decided in the penalty areas and we have not been clinical.

“We were good, we created moments and chances. We didn’t score, and when you give up those chances the opponent can profit from it.

“We were placed in one-on-1 matches with both their strikers as well as our defenders. It was similar to the second and third goals.

“The easiest thing is to sack Koeman but we all have responsibilities. We are in a critical situation, really.

“We have only had two matchdays. We must think about how to improve the group and qualify.

“We have to win both games against Dinamo Kiev and see what the other teams do. There is a lot left and we have to try to be positive.”

Boss Koeman stated that he received support from the players after the match, but that he was still uncertain about the club.

He added: “The final result is hard to accept. It is not the result we saw on the pitch.

“I think the team played well until 2-0. We have had very clear opportunities to score. That’s how you change one game.

“If they score one of the few that arrive and make you three, that is the big difference.

“They (Benfica) are very physical and very fast. The first and second goals should have been defended better. Soft is a term that can be used, but there are many better teams than us.

“We were lucky that they did not show the second yellow card for Gerard Pique.

“I won’t discuss the team’s level. Everyone knows what Barça’s problem is today. It is impossible to speak about a team which is different from the one from past years. It is clearer to me than water.

Previous articleAfter’struggling to come to terms with the termination of her 20-year marriage,’ Mum took her own life.
Next articleUsain Bolt Talks To Manchester United Legend Sir Alex Ferguson About Christiano Ronaldo’s Return